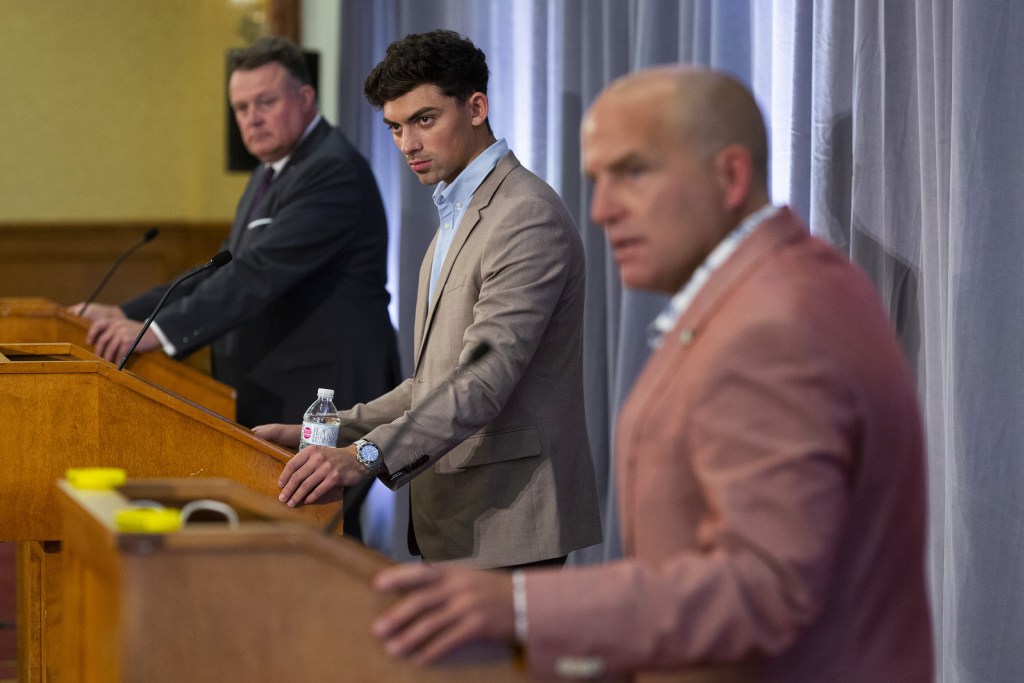 Two opposing candidates with well-entrenched positions argued back and forth as the man in between tried to find the middle ground during a mayoral candidates forum in Halifax on Wednesday.

Mayor Mike Savage, Max Taylor and Coun. Matt Whitman appeared at the forum, hosted by the Downtown Halifax Business Commission at a hotel for a social-distanced few and broadcast online to everyone else. Former CBC Radio host Norma Lee MacLeod served as moderator, asking and re-asking questions of the three candidates for about an hour and a half.

Taylor, the 22-year-old TikTok influencer who signed up to run right on deadline, spoke first during opening statements, sticking to his main platform — “I don’t care who you vote for, as long as you exercise your right to vote” — but said affordable housing, better transit, and climate change matter to him, too.

Whitman, the 49-year-old two-term councillor, opened by highlighting his platform of “past, present, and future,” and immediately sought to differentiate himself from the incumbent, asking voters to focus on the differences between him and Savage — bike lanes, the Cornwallis statue task force, and the CFL stadium.

Savage, the 60-year-old two-term mayor, took credit for Halifax’s financial stability, asking voters to stick with him, while also saying the city needs to do better for its most vulnerable residents.

MacLeod started her questions noting Whitman is seen as a “bit of a renegade” on council, and asking how the people of HRM see him. Whitman noted he votes alone on several issues, from spending a “ton of money plowing bike lanes,” the “armoured police tank,” and the “paid statue task force.”

Asked if he was proud of his stance on the Cornwallis statue, Whitman said he’s “proud of our history and heritage in Halifax.”

“But what does your Cornwallis stance say about your ability with Indigenous and diverse groups in this city?” MacLeod asked.

“Well I don’t think we had a chance to work with the Indigenous groups because the statue came down before it should have,” Whitman said.

“I think that we could’ve put up more statues.”

In his first jab of the forum at Whitman’s record on council, Savage noted Whitman was the only councillor to vote against the Cornwallis task force recommendations without even speaking during the council debate.

When MacLeod said many voters agree with Whitman, Savage compared his support for removing the Cornwallis statue to his support of same-sex marriage in parliament in 2005.

“Sometimes you have to do what’s right and what you believe is the correct thing,” he said.

Taylor came up the middle, taking no firm stance on the Cornwallis statue. 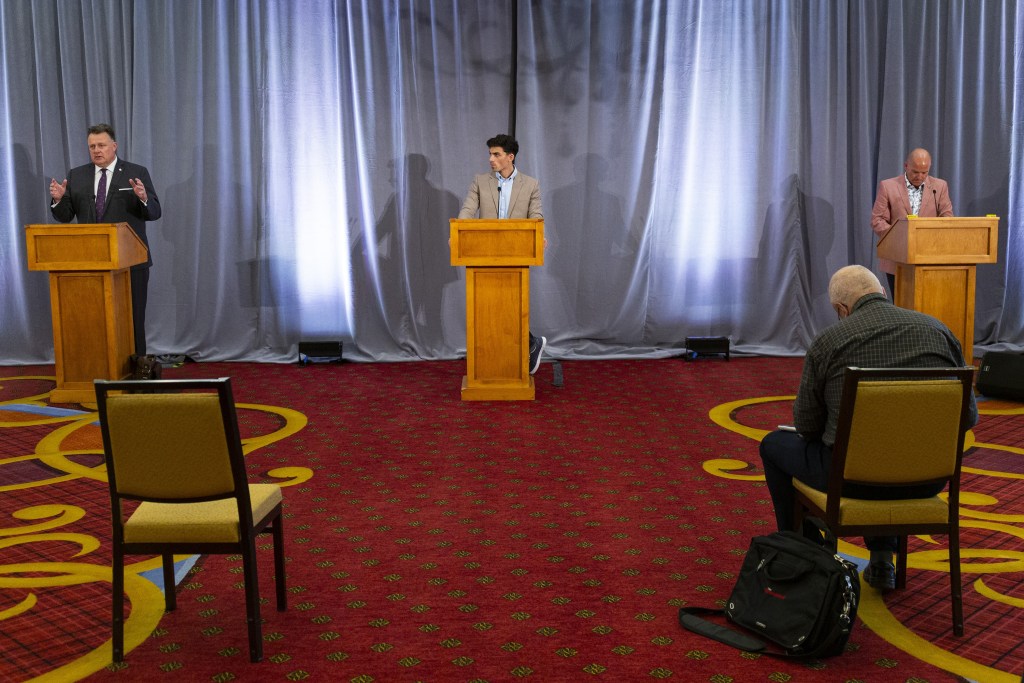 The next topic was housing, with Savage saying it was the big issue for his next term.

“It may not be our mandate, but it’s absolutely our responsibility,” he said.

Asked where he stands on rent control, Savage said that’s a provincial issue and he’s not sure it’s a long-term answer to the city’s housing crisis.

Whitman said the solution was to speed up the city’s permitting and inspection process, noting the auditor general said in a report Wednesday morning that there are no clear timelines. Whitman said he doesn’t support rent control because Halifax is a free market.

Taylor said young people want to stay in Halifax, but they can’t afford to live here: “We need more affordable housing, we need better solutions to make it happen.”

Adding to his platform released Tuesday, Savage said he believes the municipality should have a staffer focused exclusively on affordable housing.

Savage also challenged Whitman: “Matt, have you ever brought housing up on council in eight years?”

Whitman deflected, saying one staffer wouldn’t be enough while Savage has six people working in his office.

“You’ve been on council for eight years, I’ve never heard you raise affordable housing as an issue,” Savage said.

“Unfortunately I spend most of my time talking about your office and the number of staff you have, and the ongoing renovations at city hall, the 20 communications staff, your PR staff, your paid political staff that are being paid right now during this election. That’s a bigger concern for me right now from this podium,” Whitman said.

“Affordable housing going forward is going to be a make or break for HRM.” 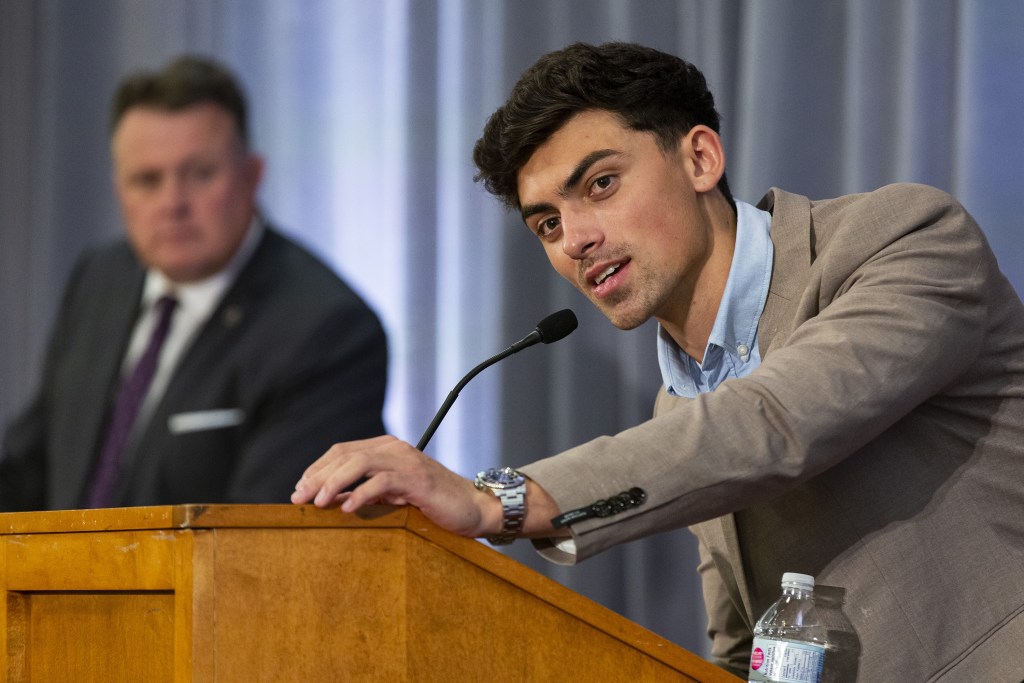 Asked about defunding the police, Taylor said it’s an “incredibly complicated issue,” but there needs to be more “mental health advocacy” in the police force and consultation with communities that are actually affected by policing.

“We need to talk to people from these communities and say, ‘How has this affected you?'” he said.

Whitman took a hard stance against defunding, but in favour of body cameras.

“I think the police do a very difficult job and they’re in harm’s way full-time. And if you don’t stand behind the police, maybe you should stand in front of the police.”

Savage said people need to put themselves in Black people’s shoes, and said he supports Coun. Waye Mason’s motion to look at which services can be done by someone other than police officers.

“It’s not an easy solution, but we have to take it seriously,” he said.

“I haven’t met a business person yet who doesn’t think that that’s a good investment,” Savage said, adding that it would’ve paid for itself in property tax (an unlikely scenario).

Whitman said HRM “dodged a bullet” on the stadium, and he doesn’t think it was a good investment.

Asked for his position on a stadium, Taylor refused to comment.

“I think right now there’s a single mother out there who’s struggling to put food on the table for her family. To discuss the CFL stadium would be insulting to her,” he said.

Asked whether Halifax should ensure contractors pay their employees a living wage — $21.80 according to the latest calculation from the Canadian Centre for Policy Alternatives — Savage said he supports Coun. Lindell Smith’s efforts to make that happen.

Whitman said it’s the worst thing Halifax could do during COVID-19 to “stifle” businesses.

“A place that does that is Cuba. They pay everyone the same amount. They all have a living wage and it doesn’t work. This is a free market here where you can get ahead and you can invest and you can build and you can succeed,” he said. 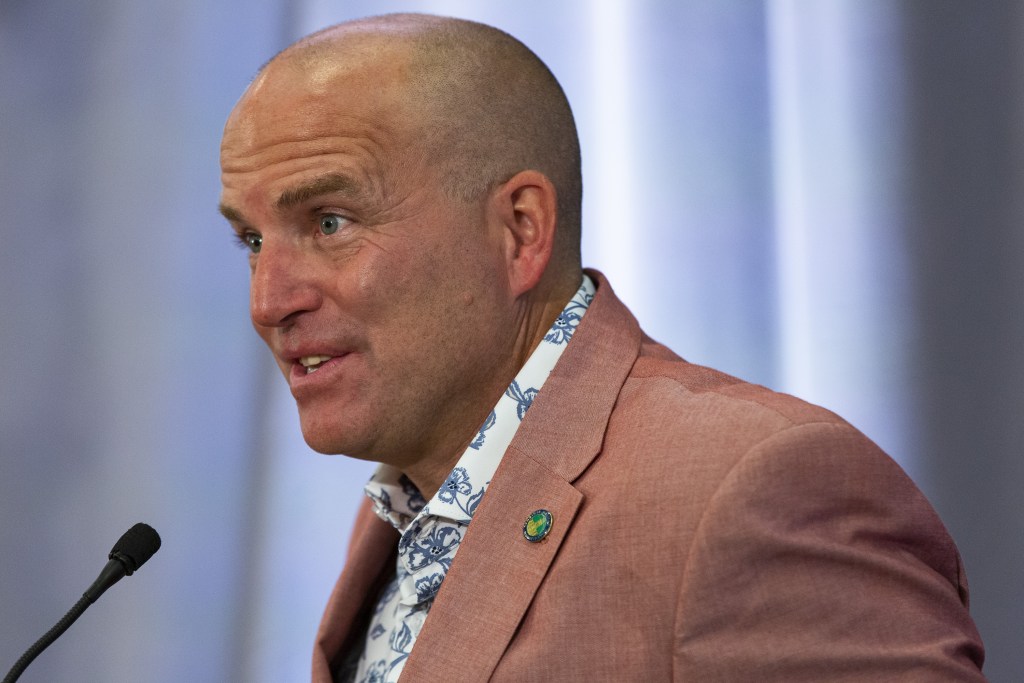 Whitman said the municipality should’ve laid off more employees during the pandemic and done so sooner.

“I think that HRM already pays some of the highest wages in the municipality. Unfortunately, our staff are very well paid. Our sunshine list is already overflowing,” he said.

Taylor said everyone should be paid a living wage.

“Let’s break down that term. Living wage. You need this wage to survive. You need it to live,” he said.

“If you’re a business that refuses to give a living wage, then you’re a greedy business.”