You are here: Home / City Hall / Halifax has a month to figure out how to spend $8.7 million on affordable housing 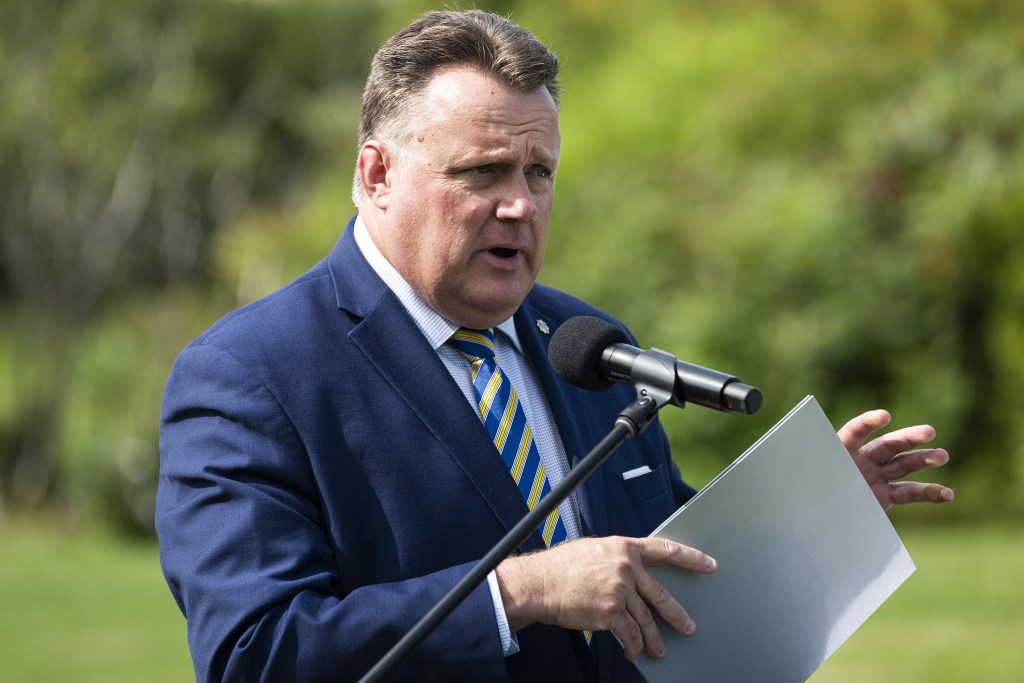 Halifax has a month to figure out how to spend $8.7 million from the federal government’s new rapid affordable housing fund, and then a year to spend it.

“The challenge with this fund is also the opportunity,” Mayor Mike Savage said in an interview Wednesday.

“It’s rapid, which is that the money is going to flow very quickly, and it has to go to projects that are up and running very quickly.”

At a time when the municipality is increasingly dipping its toe into affordable housing, the federal government has announced millions in funding directly to municipalities to build or buy shelter for citizens in need.

“We’re investing $500 million for immediate support to build long term housing for municipalities that have the highest demand,” Prime Minister Justin Trudeau said during a news conference in Ottawa on Tuesday.

Along with the other half of the initiative, another $500 million available for projects based on proposals from governments and nonprofits, the government says the program will create 3,000 homes. 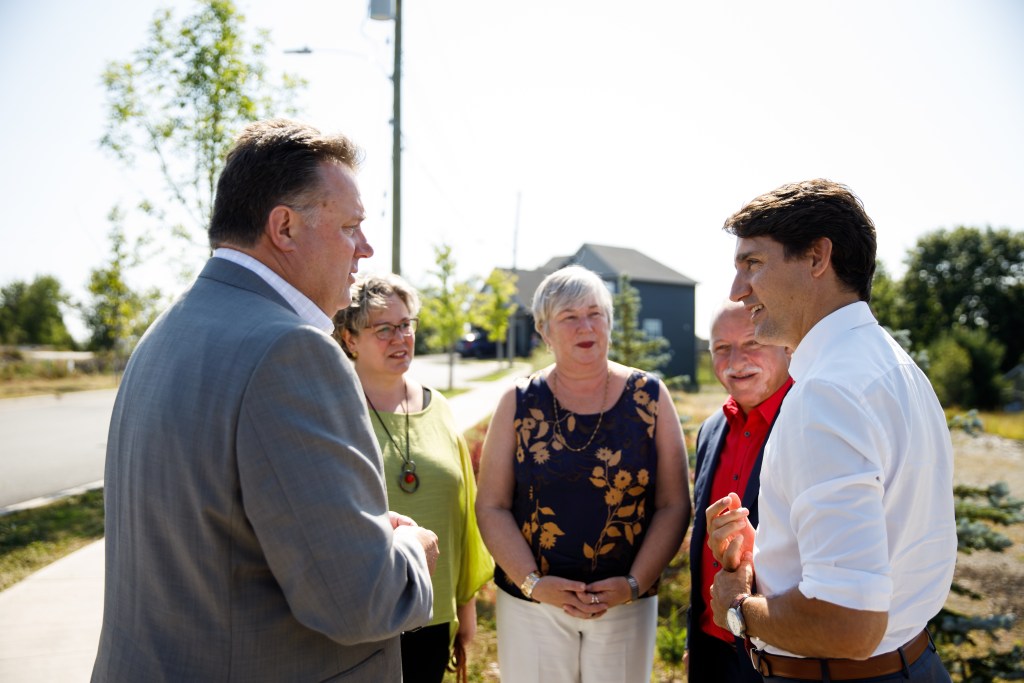 In a news release, the prime minister’s office said 15 municipalities were chosen and their amounts allocated based “on metrics including the levels of renters in severe housing need and of people experiencing homelessness.”

“This is meant to go immediately in the next number of days to cities that need it the most,” Ahmed Hassan, minister of families, children and social development, said at Tuesday’s news conference.

“To secure the funding the municipality will need to generate an investment plan outlining the capital projects that will be built with the allocation and submit this to CMHC by November 27th,” municipal spokesperson Erin DiCarlo said in an email Tuesday.

After that plan is approved, the money has to be spent within a year, DiCarlo said. The rest of the criteria, per DiCarlo, are as follows:

Affordable housing, like health and education, is not explicitly Halifax’s jurisdiction. The city hasn’t built, bought, owned or rented housing since amalgamation in 1996, when the provincial government took over that responsibility.

But in recent years, as the vacancy rate in Halifax has plummeted and the provincial government has shirked its duty to provide housing, councillors have slowly begun to signal a desire to take that responsibility back.

Savage made affordable housing a plank in his mayoral reelection platform, promising to require affordable housing in new developments, “support the conversion of under-utilized commercial space to housing, and [create] a housing trust to aid community partners in building affordable options.”

“It’s certainly good news that this money is available,” Savage said. “The challenge is going to be that it has to be deployed very very quickly. So, we have really less than a month to identify what projects we can put this money into. They’re going to have to be projects that are largely ready to go.”

Because Halifax doesn’t have the jurisdictional responsibility to provide housing, it also lacks the infrastructure to do so, like a housing office or coordinator, but Savage doesn’t want to create it now.

“The last thing I want to do is end up spending more money on bureaucracy as opposed to housing,” Savage said.

Asked whether he’d be comfortable with Halifax owning a property or renting it out, Savage said he’d prefer to work with nonprofits who already know what they’re doing.

“My preference would be, people who know housing, particularly for vulnerable populations, and that we would work with them,” he said.

“I know that there are a number of nonprofit organizations and groups that are looking at housing. We’re going to have to talk to as many of them as you possibly can and council will have to make a decision as to how we allocate the money and that’s all going to happen in very short order.”

Jim Graham, executive director of the Affordable Housing Association of Nova Scotia, met last week with the municipal and provincial governments, CMHC, nonprofits and private developers to start the process of figuring out how to spend this money.

“We’ve never done this before,” Graham said in an interview Wednesday.

“Sitting down and working through the possibilities and the strengths and weaknesses of all those possibilities is something we’re going to have to do and something we have to do together. This can’t just be the city and it just can’t be a nonprofit and it just can’t be the province. I mean, we really, truly need to figure out how to work together to make this work.” 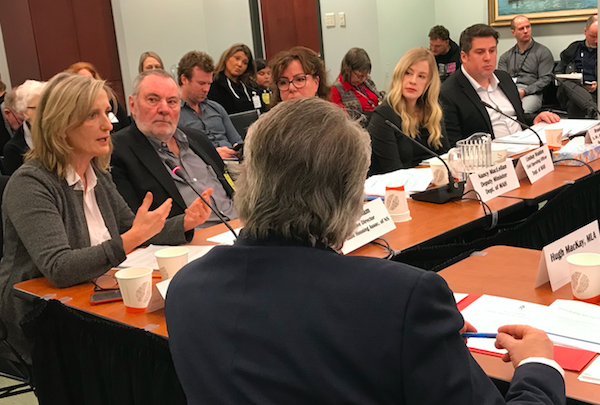 Jim Graham, second from the left, at a discussion on affordable housing at the Legislative Committee on Community Services earlier this year. Photo: Jennifer Henderson

Graham said the last time this happened was 35 years ago, when a group of women rallied on province house until the three levels of government came up with funding to create 350 units.

“It didn’t have the time crunch, though,” Graham said. “It had a lot more breathing space than this does.”

Coming up with an investment plan in 30 days won’t be an issue, Graham said, but figuring out how to actually build something within a year will be a challenge.

“I don’t want to under-emphasize the challenge around the time. It is going to be a challenge at the end,” he said.

How many units are possible is hard to say because it depends on “strategy,” Graham said. If the money was just spent building units, they cost about $200,000 each, so you’d get 43.

Asked whether buying a hotel might be a good option, Graham said buying it would be easy, but maintaining it and paying the operating costs would be difficult.

“Where are the operating costs going to come from to keep the elevators going and the place cleaned and the heat and the lights and the water and, where’s that coming from? I think that would be a much bigger challenge than just going out and buying a hotel,” Graham said.

A building with a mixed-income tenancy creates enough revenue to pay for maintenance and a reserve fund for a new roof 15 years later. But if every tenant is paying their rent with income assistance, there’s no extra money.

“It’s the long haul that gets hard,” Graham said.