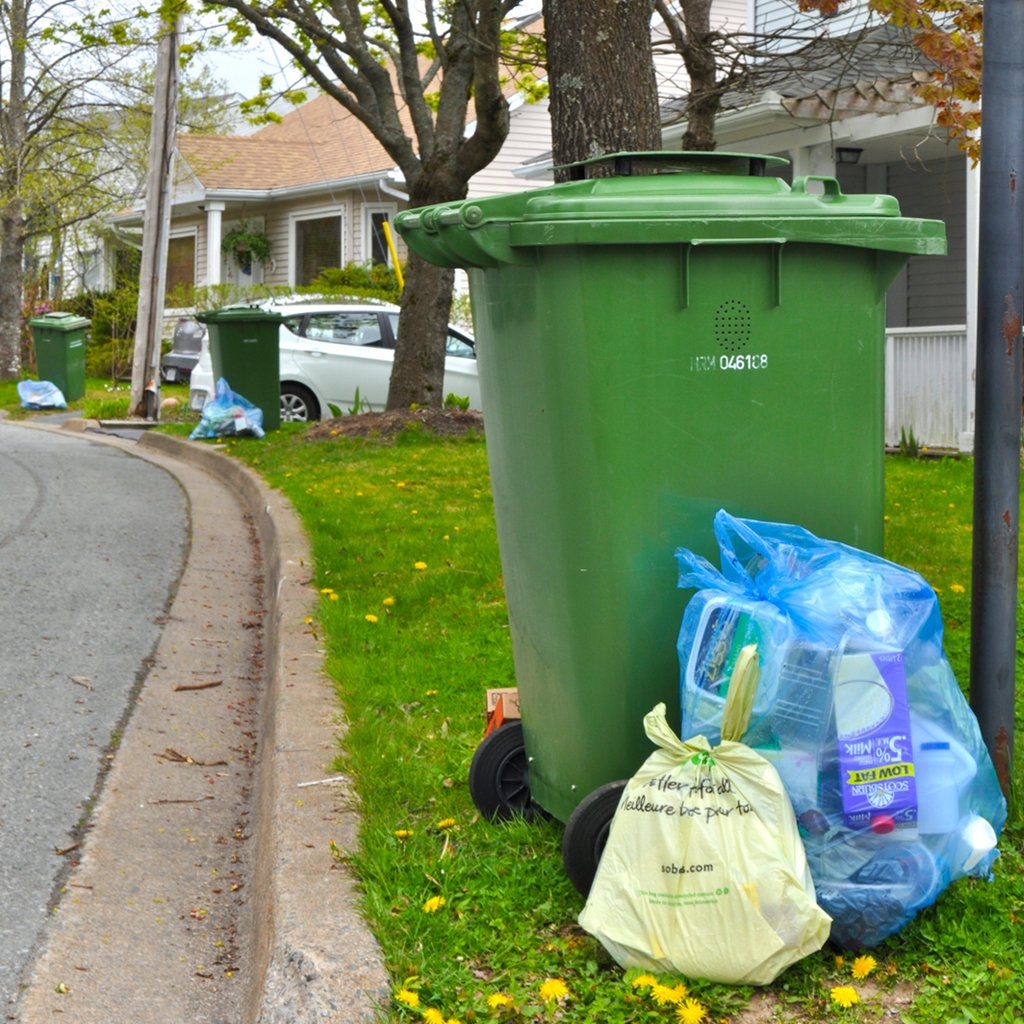 A green bin ready for pick-up in Halifax. Photo: Twitter/@hfxgov

Halifax councillors are looking at taking on more financial risk to offset a third of the cuts proposed to the city’s budget due to COVID-19.

Finance staff estimate the permanent impact of the pandemic on the municipality’s finances will be $85.4 million from lost revenue from things like transit fares. And the city will grapple with a cash-flow gap of up to $188 million from property taxes being paid late.

To offset the lost revenue, staff have rebuilt the budget with cuts to every department, resulting in reduced staffing in firefighting and policing, among other services.

During regional council’s budget committee meeting on Wednesday, the second day in a row, councillors approved a motion from Coun. Waye Mason requesting a staff report on reversing some of those cuts.

“It seems to me that there is a kind of general consensus among most councillors … to explore an alternative to what’s been proposed in terms of staffing, volunteer firefighter recognition, grants, and programs,” Mason said.

Mason’s motion proposes to reverse up to $33 million worth of proposed cuts to staffing through a hiring freeze and vacancy management (the practice of leaving vacant positions unfilled), a volunteer firefighter recognition program, grants, and other programs.

The first is a reduction of up to $15 million in the debt charges budgeted to pay back the provincial government for the bridge loan it’s offering the municipality of up to $188 million. That loan has to be paid back at 1.1% interest within three years, and municipal staff recommended councillors budget $31.4 million for debt charges — which actually include interest and principal payment — this year.

The second source is the “conversion of capital from operating to debt by up to $20.5 million.” Mason is proposing to borrow up to $20.5 million to pay for capital projects like roads and buildings, rather than take that money from the operating budget. That’s because capital debt can be paid back over a longer period of time than the provincial loan, which can only be used to cover the cash-flow gap.

The third source of extra money is the city’s 2019-2020 budget surplus, which Chief financial officer Jane Fraser told councillors could total $35 million this year, more than double what was originally expected. That money would typically go into reserve accounts — like savings accounts, in household finance terms. Mason didn’t suggest an amount.

Fourth, the motion proposed to reduce the amount of money going into municipal reserves by up to $12 million. Those accounts were budgeted to grow by $22 million this year.

“Given the financial situation that we’re in and the cuts that we’re looking at, I question whether or not now is the time to be putting even more money into the rainy day fund when it feels like we’re already in a rainy day,” Mason said.

“If you’re saving them for a rainy day, if you look outside, it’s pouring right now,” Savage said.

“We haven’t had rain like this in my lifetime.”

Fraser said she’d bring the report back, as it’s ultimately council’s decision, but she warned the moves were riskier than her advice.

“A budget really is about risk. It’s about how much risk you want to take and what your year-end financial position is going to be,” she said.

Chief administrative officer Jacques Dubé warned that reducing the debt payments this year could result in the municipality taking on more debt in the future.

“Our advice is certainly not to reduce the payment on the short-term debt this year because you’ll be setting yourself up for failure in subsequent years,” Dube said. “But we can certainly take that back and consider that and give you our best professional advice, as usual, on that issue.”

Whitman said he couldn’t support the motion because he supports the proposed cuts.

“Almost all of the cuts, I would say, were necessary,” he said. “The hiring freeze is necessary. The vacancy management work is necessary.”

The motion does not reverse the nearly 1,500 layoffs that have already happened.

Russell said the future is too uncertain for him to support Mason’s motion.

“It’s looking into a shaded crystal ball. We don’t know what it’s going to look like. So I want to be extremely careful with the expenses we have and make sure that we have the finances in order to be able to support those expenses,” he said.

Councillors also started to tackle the transportation and public works budget on Tuesday, and approved their first cuts of the COVID-19 budget season, agreeing to limit green cart collection to a biweekly schedule this summer.

In urban and some suburban parts of the municipality, trucks come to empty the green compost bins weekly during the summer months.

This summer, Haligonians will have to live with “the smell and the maggots,” as Coun. Russell Walker put it.

The change will save the city $1.15 million this year. The motion passed 13-2, with councillors Stephen Adams and Tim Outhit voting no.

Councillors will continue working on the transportation and public works budget during a special meeting added for Friday afternoon, and then move on to the Halifax Transit and planning and development budgets.

The budget is expected to be finalized by early June.