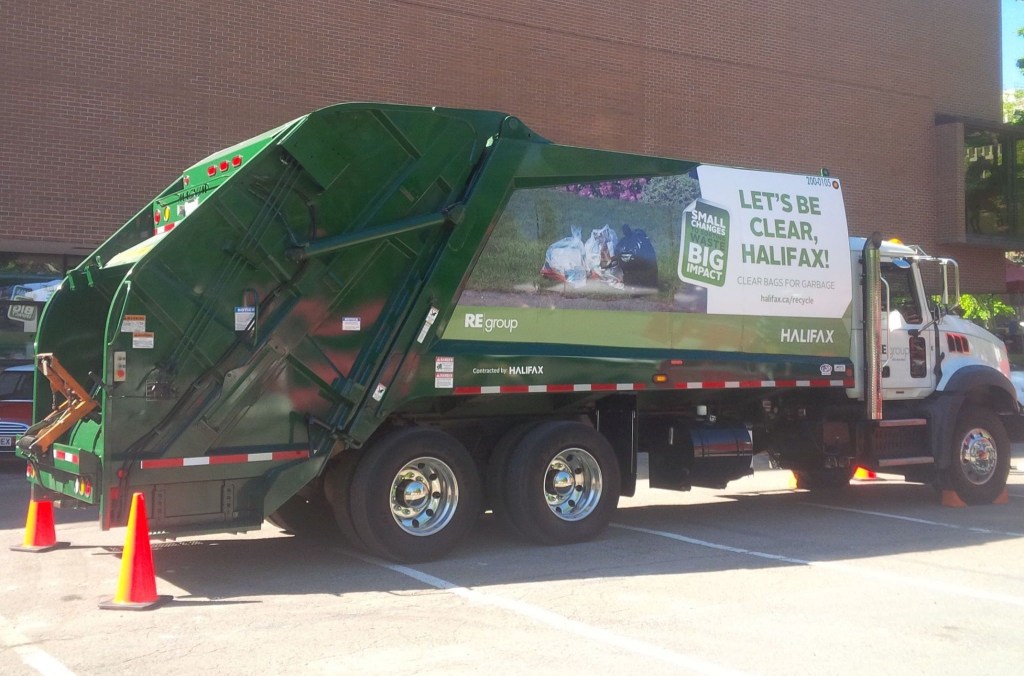 Workers collecting solid waste in the Halifax area will have to wait five more years before they’re guaranteed a living wage for their work.

Halifax regional council voted unanimously to award eight contracts for solid waste collection to four contractors during its meeting on Tuesday. The contracts for collection of garbage, recycling, and compost cover the next five years, starting July 1, 2021. They’re worth a total of $75.9 million.

In October, council amended its social procurement policy to include a living wage requirement for contracts like this one. That will mean contractors have to pay their employees a living wage, as defined by the Canadian Centre for Policy Alternatives. Currently, that wage is $21.80 per hour.

But the policy doesn’t come into effect until April 1, and the requests for proposals (RFPs) for these solid waste collection contracts are coming in before the new policy.

During Tuesday’s meeting, Coun. Cathy Deagle-Gammon asked whether the contractors have to pay a living wage under these new contracts.

Solid waste manager Andrew Philopoulos confirmed it’s not a requirement under these contracts because they were tendered and are being awarded before the new policy comes into effect.

Coun. Lindell Smith said, in hindsight, he would’ve asked for a review of upcoming contracts when council passed the living wage requirement.

“To me, it’s somewhat concerning when we’re so close to that April 1 mark that we don’t have that built in,” Smith said.

“It’s good to see that there’s diversity and inclusion training and whatnot, but I think as a city we are trying as best as we can to include the social impacts of everything that we do and this is an opportunity I think that we could’ve done it.”

Smith asked how long council could delay the award of these contracts. Philopoulos said the contracts needed to be awarded as soon as possible because some of the contractors would need to buy new vehicles.

“We really do need to get approval as soon as reasonably possible,” he said.

Smith asked whether council could postpone the approval and then factor in the living wage requirement in a new tender process.

“I don’t know how, legally, this would work, but my perfect world would be, we’d wait till April 1 and then include those social procurement pieces in it,” Smith said.

“But I’m assuming since the RFPs were already issued, there are probably some legal impacts of us to go and reissue those RFPs?”

“It was a comprehensive procurement process, right, so it’s not an easy thing at this point to go back and to implement a significant change,” Philopoulos said.

“I don’t believe, in the timelines that we have before us, that that is something we could accomplish.”

Coun. David Hendsbee was concerned about awarding five of the eight contracts to REgroup.

“I always thought that we should try to have a level playing field as much as possible and have a fair and open competition,” Hendsbee said.

“Just having five to one company and one to each of the others, I think we’re starting to tip the scales back to more of an oligopoly situation.”

Coun. Waye Mason agreed, and said former chief administrative officer Richard Butts used to warn against awarding so many of the solid waste collection contracts to one company.

“The issue with giving more than three areas to one contractor, one supplier — it’s not about the service today, it’s that you’re building the army that will destroy you in five, or 10, or 15 years,” Mason said.

“You need to divide that up so that there’s always competition so that when you go to retender, you’re not in a position where people have started to sell their tiny piece of the business to the winner, or where you end up in a duopoly situation. I’m really uncomfortable with this.”

Mason moved to defer the discussion until the in camera portion of council’s meeting on Tuesday.

After just a few minutes in camera, council came out and voted unanimously in favour of the staff recommendation.