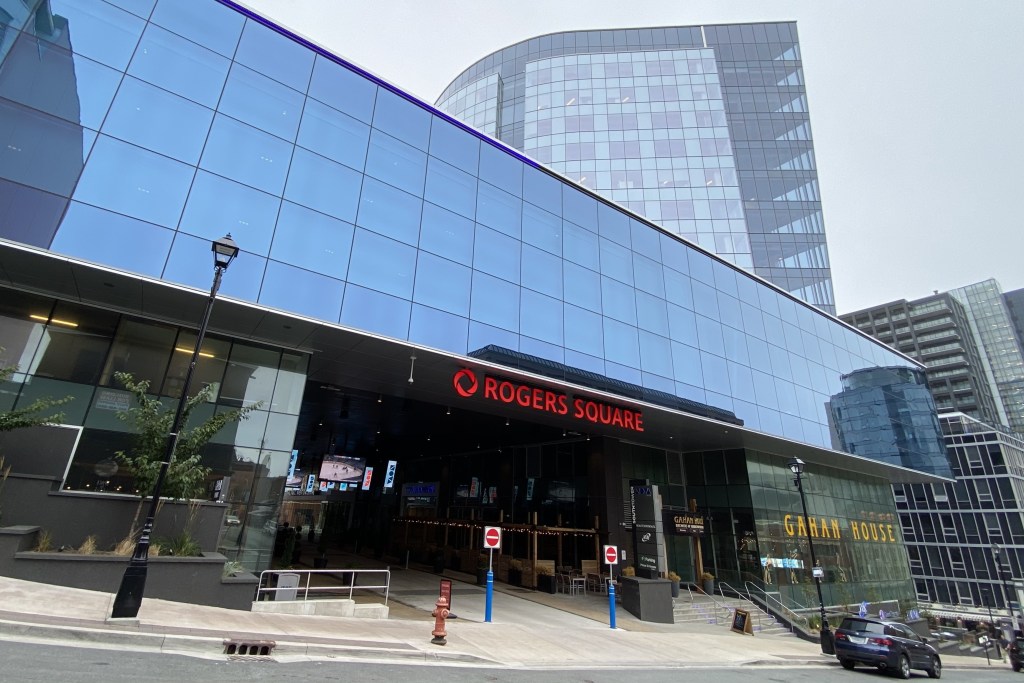 The Halifax Convention Centre will not be used as a homeless shelter during the COVID-19 pandemic, chief administrative officer Jacques Dubé told councillors on Tuesday.

In a verbal update during council’s meeting, Dubé explained why the idea, floated during a meeting in December, isn’t going to happen.

“Given the upcoming events planned in the centre, including being used as a rapid COVID-19 testing site going forward as it has been in the past, and the ongoing maintenance required for the facility, it’s important that the convention centre remain focused on its mission, which is planning for safely hosting local and regional events.,” Dubé said.

As the Examiner reported in December, Coun. Lindell Smith brought up the idea during a discussion of the centre’s 2020-2021 operating budget:

“We’ve heard from residents many times, looking at the housing crisis and the homelessness issues that are happening around the city, and many organizations trying to find places to put folks now that the winter is coming,” Smith said. “I’m just wondering internally, has there been discussions around either what that means, if the convention centre has looked at potentially helping with that issue, or is it something that you’ve had discussions and decided it’s not within the mandate?”

“There has not been any reach out from either of our shareholders, so the municipality or the province, with respect to that specific issue,” Carrie Cussons, Events East’s president and CEO, replied.

“We’re always open for a conversation about how we can be helpful to the community. I guess I will leave that in the hands of either the municipality or the province to reach out on that.”

Mayor Mike Savage said he thought there had been a discussion around using the convention centre for shelter space during the first wave, but Cussons repeated there had not been any “reach out.”

Savage said he’d been in talks recently about emergency shelters, and suggested chief administrative officer Jacques Dubé and Erica Fleck, the municipality’s district chief of emergency management, should bring the issue to Cussons.

On Tuesday, Dubé contradicted Cussons and said the convention centre was “considered for a number of uses” in the early days of the pandemic.

“At that time we didn’t know what to expect from the virus, obviously and we’ve learned a lot since, but it was determined that the site may be needed for medical purposes,” Dubé said.

“We turned our attention at that time to recreation facilities and better options for temporary shelters, as they were closer to the client’s daily activities.”

The municipality ended up opening expanded shelters in a few of its recreation facilities to allow for social distancing and maintain shelter capacity.

In September, the convention centre started hosting events again, Dubé noted, until the most recent gathering limits were put in place.

“Those events included local and regional trade shows meetings and entertainment and an entertainment series, all of which drove people into the downtown to eat at restaurants and stay in hotels,” Dubé said.

Since the new gathering limits came in November, Dubé said the convention centre has been busy with “routine maintenance on the facility and ensuring it is ready to resume event hosting as soon as possible.”

With Nova Scotia’s COVID-19 caseload dropping, Dubé said he expects the convention centre to start hosting events again soon. Some are even still booked or rescheduled for between now and March, he said.

“Many of those events are being hosted by local businesses and organizations, providing much-needed revenue during a very challenging time,” Dubé said.

Dubé said it’s important to keep those events on the books to instil confidence “that events can be safely hosted here in Halifax.”

“This will help with the longer term outlook of the industry and resumption of event hosting, driving more significant economic impact for our city, hopefully,” Dubé said.

None of the councillors had questions for Dubé.

In a column in the Examiner last week, Jen Powley argued Halifax could permanently repurpose the money-losing convention centre for housing:

Big conventions were already in decline when it was built. The restrictions imposed by COVID-19 demonstrated how meetings and conventions can be held virtually. Pretending there will be a return to normal is both delusional and expensive — but what a great opportunity to convert the convention centre to small affordable apartments. If small apartments can be built between 300-700 square feet, the 120,000 square feet of the Convention Centre could result in approximately 170 units. This number may vary with hallway width and common space. The building code for residential use is slightly different than that for office towers, but the fact that the government of Canada has suggested using old office towers for the Rapid Housing Initiative means that the building code is not an insurmountable obstacle.

A repurposed Convention Centre could be arranged like a housing cooperative. The renters could spend a portion of their monthly rent to pay for elevator maintenance, heat, electricity, and other expenses. The oversight could be dealt with by a cooperative board.