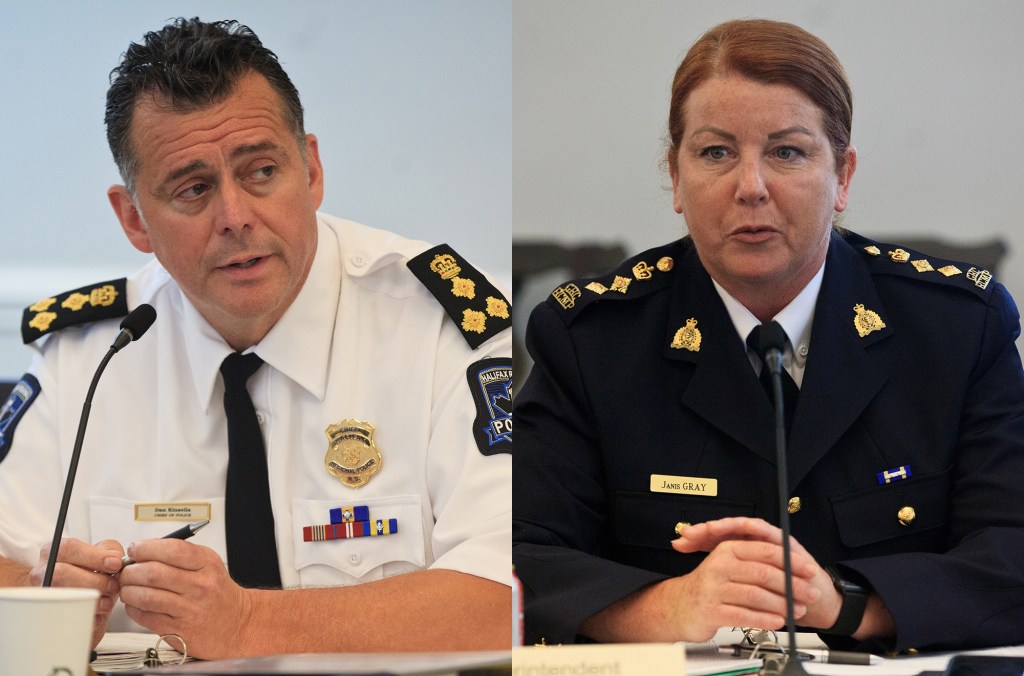 There are currently at least four active COVID-19 cases among police in the municipality, and the two chiefs of police in Halifax expressed concern on Monday that their officers won’t be vaccinated soon enough.

During a virtual meeting of the Halifax Board of Police Commissioners, Halifax-district RCMP Chief Superintendent Janis Gray brought up the vaccine schedule during her monthly update to the board:

On February 3rd, Nova Scotia police agencies including the RCMP were advised that during the … that our police officers would be vaccinated based on their age during the vaccination phase for the general population, which is Phase 3. It was our expectation based on the Government of Canada’s recommended vaccine rollout guidelines that police officers would be included in Phase 2.

Nova Scotia Public Health’s position does not appear to align with the Government of Canada’s recommendations, so the RCMP Halifax-district as well as RCMP Nova Scotia is working with our fellow chiefs of police representatives who are concerned about this and fully engaged. We believe that our frontline police officers should be prioritized to protect themselves and the public they serve.

The National Advisory Committee on Immunization’s guidance on the prioritization of initial doses of COVID-19 vaccines does indicate police should be included in what it calls Stage 2:

Many essential services (e.g., police, firefighters, food production) cannot be provided virtually, potentially leading to an increased risk of exposure to SARS-CoV-2. Immunizing essential workers minimizes the disproportionate burden of those taking on additional risks to maintain services essential for the functioning of society.

Gray said the chiefs met with Chief Medical Officer of Health Dr. Robert Strang to express those concerns. The Halifax Examiner has asked the provincial government for comment on the immunization of police officers, and we’ll update this article with the response.*

Halifax Regional Police Chief Dan Kinsella echoed Gray’s concerns, saying he was working with the chiefs to “try to move our frontline officers, the ones who are out dealing with medical calls and every kind of call that there is, trying to move them up in the COVID vaccination list.”

“I just wanted to mention that as well so the commission knows that all of us are committed to this and trying to bring about the appropriate protections for the members,” Kinsella said.

It’s a timely subject with four police officers in the municipality currently out with COVID-19.

In a statement first released Saturday afternoon, police confirmed there have been four cases among staff:

Over the latter part of this week, and following the confirmation of an employee who had tested positive for COVID-19 on February 26, Halifax Regional Police has had confirmation of three additional employees who have tested positive for COVID-19 at a single facility. Since the first case came to light, HRP has been working closely with Public Health and continues to facilitate testing and self-isolation of employees, as directed and recommended by Public Health. Social distancing and cleaning protocols are being reinforced consistently.

We are also considering the possibility of temporary flexible work arrangements and re-deployments that could offer extra protection to our employees while causing minimal disruption to service delivery. The health and well-being of our employees and those we serve is paramount and we will continue to take every step to ensure every precaution is used as we deal with the effects of the ongoing pandemic on our workplace.

RCMP spokesperson Cpl. Lisa Croteau told the Examiner one RCMP officer has tested positive. It’s unclear if that person is included in the HRP numbers released over the weekend.

“An RCMP member from Halifax District has tested positive for COVID-19,” Croteau said in an email. “They did not have contact with the public in the course of their duties. Contact tracing is taking place and those exposed are following the directions of Public Health regarding self-isolation.”

A source told the Halifax Examiner there are now a large number of HRP and RCMP officers off work isolating.

The Examiner asked police which facility had the outbreak and how many officers are in self-isolation, for a breakdown of how many of the cases are among HRP versus RCMP and among sworn versus civilian employees, and what kind of effect the outbreak is having on service delivery.

HRP spokesperson John MacLeod only responded to the last question, saying, “There has been no operational impact and as throughout the pandemic we have been constantly reevaluating resources for business continuity.”

During his comments to the board, Kinsella said that won’t necessarily be the case in a future outbreak.

“Although there was no direct impact to the members as far as service goes, depending on how COVID strikes and who it affects, there could be situations where that may arise,” Kinsella said.

Marla MacInnis, spokesperson for the provincial Department of Health and Wellness, sent the following statement:

We ask that all groups continue to be patient as we work our way through the vaccination roll-out. Anyone who wants a vaccine will be able to get one. Our vaccine program is based on getting vaccine to as many people as possible, as quickly as possible, so Nova Scotia can have a level of population immunity.

We are working with law enforcement to understand their concerns and the risks associated with their occupation.