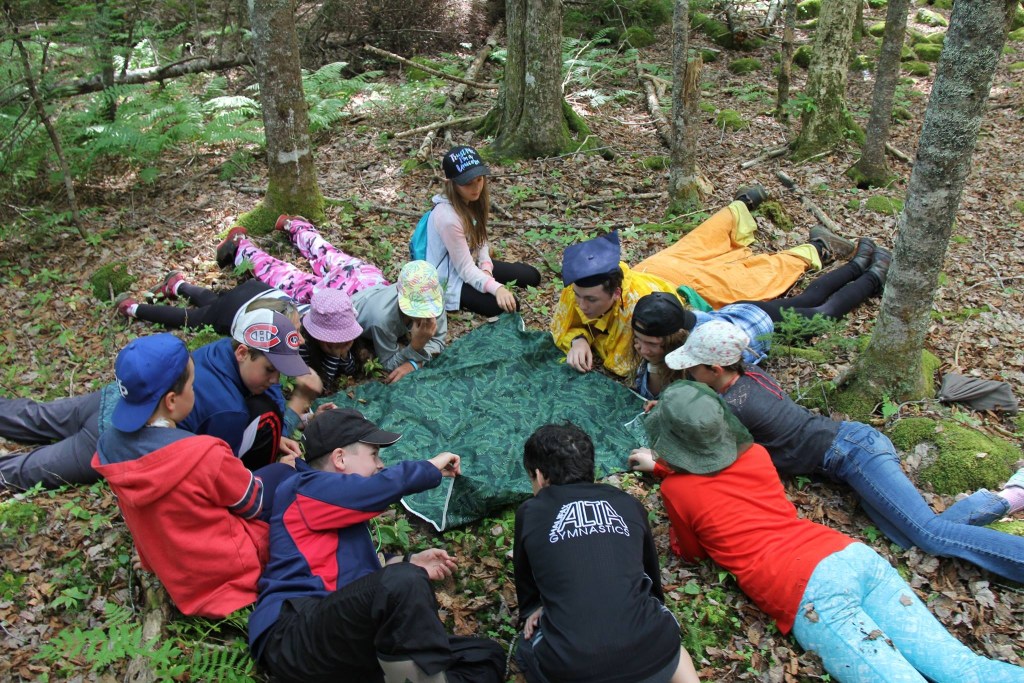 A former Halifax teacher is calling on the city to reinstate its summer camps for kids, cancelled last month due to COVID-19.

“Given the declining risk and the now desperate need for both parents and children to have some kind of safe relief after months of social isolation and no schooling, I feel strongly that the city should reconsider this decision,” Murphy wrote.

“HRM should play the role one would expect of a responsible municipal government in this difficult time.”

Summer recreation programming is “more essential than ever for children’s social development and mental and physical well-being,” Murphy wrote, and would help parents get back to work as the economy reopens.

“I’m really concerned about the kids who are in situations where there is not the support at home or the resources to be nurturing them, and particularly kids who are living in apartments and don’t have backyards and are unable to get out and move,” Murphy said in an interview. “I think there could be some pretty serious mental health issues if we don’t address this.”

The cancellation also represents another COVID-19 inequality. Kids whose parents can afford it will be able to send them to more expensive camps at the universities, which don’t appear to have been cancelled for July and August.

Registration pages for Dalhousie University camps, for instance, are still live. Asked to confirm that the programming wasn’t yet cancelled, university spokesperson Lindsay Dowling-Savelle said in an email that, “There are many potential scenarios that are possible depending on how the public health situation evolves,” and that the university would share more information in June.

“Running summer programs for parents who are unable to afford private summer camps for their children is a municipal tradition and responsibility and this is not the time to bale on them,” Murphy wrote in her letter.

If universities can do it, Halifax can too, Murphy argues.

“With strong intent, will and a bit of imagination programmes can be designed safely with small groups having an emphasis on outdoor activities,” she wrote. “Unused school rooms can offer spaces providing the necessary physical distancing.”

Chief administrative officer Jacques Dubé announced the cancellation of summer camps in mid-April, along with layoffs of nearly 1,500 part-time and casual employees. Some of those employees are workers who run the camps.

The move doesn’t appear to save any money in the parks and recreation budget. Documents tabled at council this week show that lost revenue from the “Cancellation of Spring/Summer Programming & Facility Closures” is $5.7 million — more than the $4 million in savings attributed to the same cancellation and closures.

“The lost revenue is from all program areas, not just what is traditionally considered as summer programming (such as day camps),” municipal spokesperson Maggie-Jane Spray explained in an email.

“The savings associated with the summer programming cancellation relate to casual staff wages as well as some non-compensation items such as supplies.”

But the mayor said it’s not about money.

“It’s not a cost issue here. It’s a public health issue. We certainly recognize that families need to have opportunities for their kids in the summertime. It’s why we have these programs,” Savage said in an interview.

“It’s not something we wanted to do, but it’s something we’re doing following the direction of public health. With all of the changes that we’ve made, if there’s an opportunity to revisit the decision, I’m sure that we could.”

Mason shared a statement from municipal staff* saying public health guidelines around social distancing and groups of no more than five are expected to remain in place for “several more weeks,” so Halifax is “not in a position to be able to offer summer day camps.”

“It would be very challenging for our youth leaders, who are typically teenagers, to manage the social distancing and gathering requirements with young children,” the statement said.

The municipality is planning to offer virtual programming instead.

“Even if the restrictions were fully lifted and the funding reinstated, we would still not be able to offer the standard summer day camp program,” the statement said. “Hiring all of the staff and getting them fully trained would not be possible before the beginning of the summer season in order to host the typical day camp program. So, we will continue to prepare alternate program offerings.”

Murphy hopes they’ll reconsider “to help the children and families of Halifax and Dartmouth return to a safe new normal.”

*This article originally misattributed this statement.