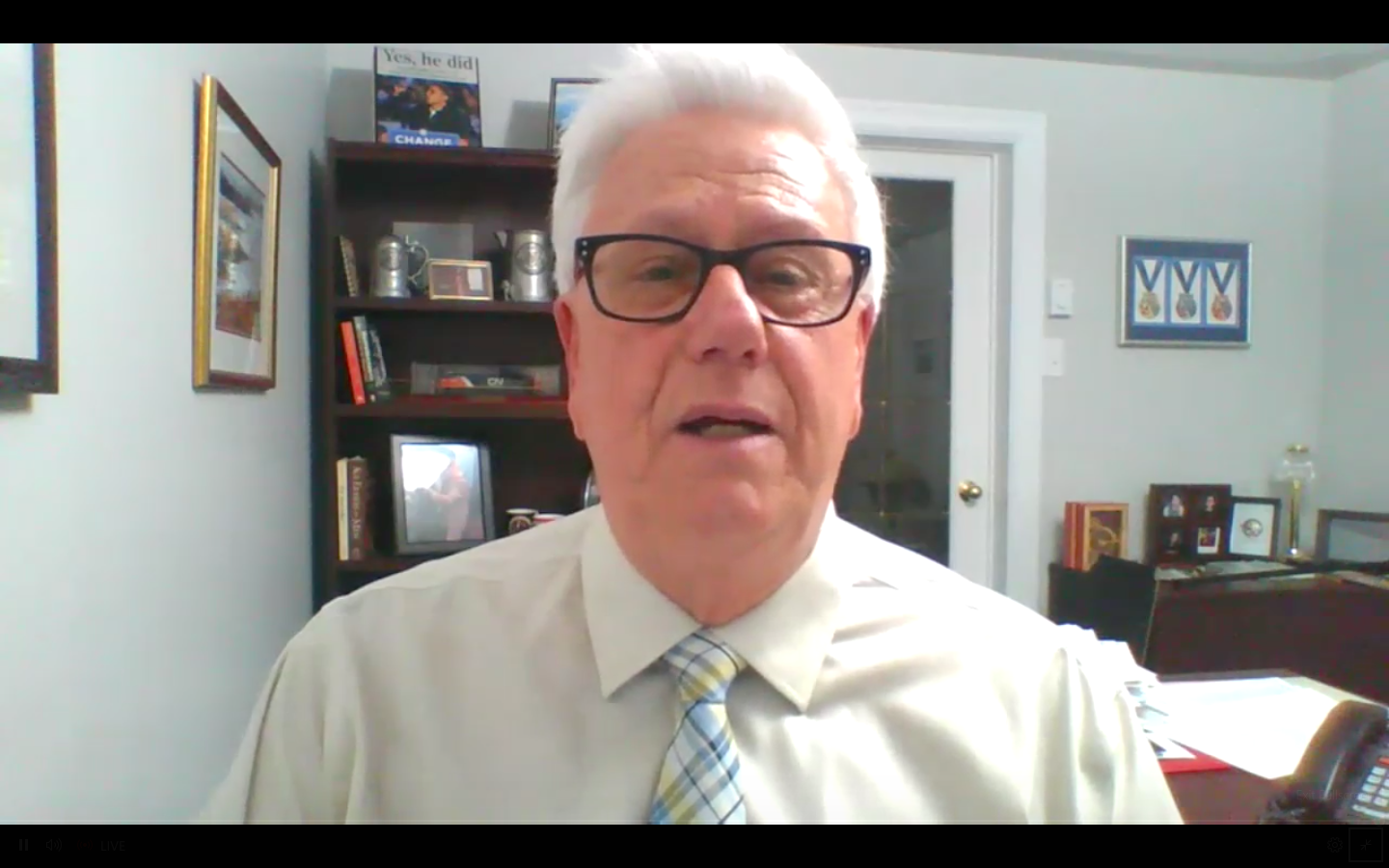 It was meant to be a symbolic gesture — “a wish for peace” — but concerns over jurisdictional meddling kept some of Richard Zurawski’s colleagues from fully supporting his call to abolish nuclear weapons.

Zurawski brought the four-part motion to council’s meeting on Tuesday. It read in full:

Coun. Bill Karsten was the most vocal opponent of Zurawski’s motion.

“It’s not about me being a warmonger or me thinking this is great to have nuclear weapons in the world,” Karsten said.

“What it is for me is so near and dear to my hear; it’s jurisdictional.”

Karsten was worried about stepping on the toes of the federal government — which has yet to sign or ratify the Treaty on the Prohibition of Nuclear Weapons, according to the International Campaign to Abolish Nuclear Weapons’ website.

Coun. Stephen Adams had the same concern, and also worried that the third part, allowing “the creation of removable chalk outlines on the Grand Parade,” would encourage gathering during the pandemic.

“I have an immense amount of respect for Councillor Zurawski and I understand why he’s brought this forward,” Adams said. “I get that, but as Councillor Karsten said, it’s a bit outside what we should do and who knows what it will lead to.”

Coun. David Hendsbee expressed concern that the motion might lead to Halifax declaring itself a nuclear-free zone — meaning big U.S. Navy ships carrying nuclear weapons wouldn’t be welcome in the harbour. He was assured that wouldn’t be the case.

Tuesday’s motion was reminiscent of another by Zurawski. In 2018, he sought his colleagues’ support for a motion opposing offshore oil drilling.

As the Halifax Examiner reported the next day:

Zurawski cited the release of the International Panel on Climate Change’s most recent report last week, which underscored the need to cut greenhouse gas emissions pretty much immediately or face irreversible climate change and all the human horrors that will come along with it.

The motion was defeated on a 10-6 votes. The yes votes (in opposition to drilling) came from councillors Shawn Cleary, Lisa Blackburn, Stephen Adams, Waye Mason, Lindell Smith, and Zurawski. Mayor Mike Savage is in China and so didn’t vote. All others voted pro-drilling.

Understand this was a toothless motion. Had it passed, it would have had no force of law. Stephen McNeil and his government would have kept on with their plans to expand the offshore. The motion was merely symbolic, a statement of concern.