You are here: Home / City Hall / Father of 10-year-old girl pepper sprayed by Halifax police says he was ‘trying to get out of there’ 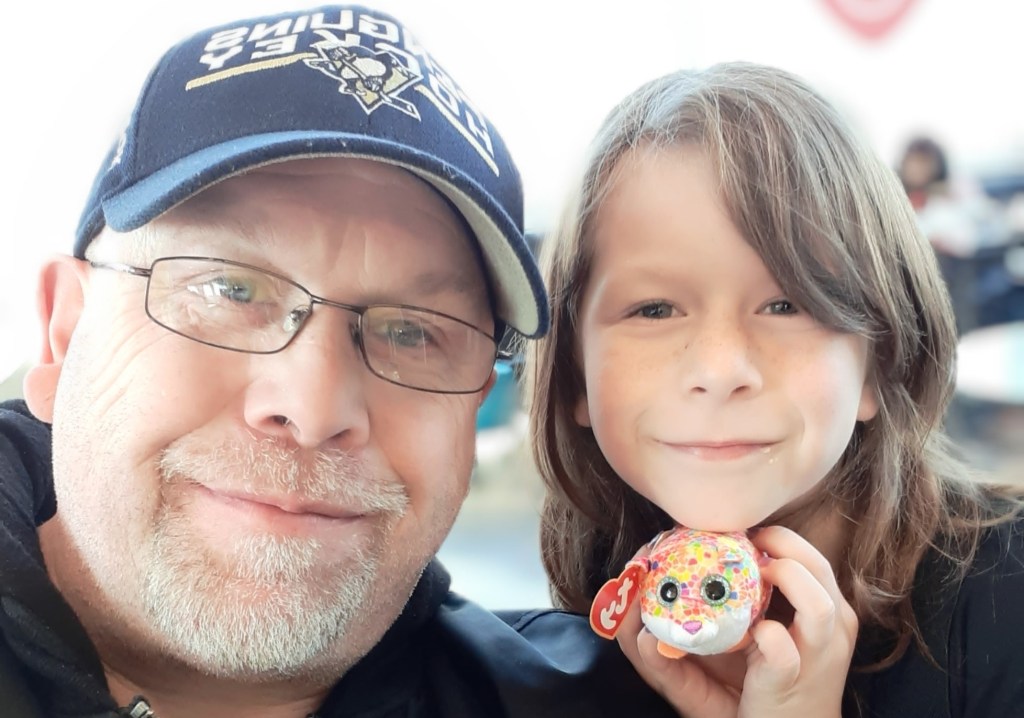 Georgie Fagan and his daughter. — Contributed/Facebook

What started as a father-daughter outing in the city ended with pepper spray in a 10-year-old girl’s eyes.

Georgie Fagan and his daughter, who the Halifax Examiner is choosing not to name, took the ferry over from Dartmouth on Wednesday with plans to head up to Spring Garden Road for an iced capp and a walk in the Public Gardens.

On the way, Fagan noticed the protest in front of the former Halifax Memorial Library and walked over to check it out. He saw a friend there, and he and his daughter stayed for a while, listening to chants and speeches from people speaking through a megaphone, like NDP leader Gary Burrill.

When things seemed like they were taking a turn, Fagan decided it was time to move along, and he and his daughter left the grounds of the old library. He said they were blocked from getting through to Spring Garden Road, so they went to cut across Brunswick Street and through Doyle Street to get back to Spring Garden Road.

At about the same time, protesters rushed a police car waiting on the sidewalk on Doyle with an arrested protester inside in an attempt to keep the officer from driving away. Police on bicycles surrounded the vehicle, and Fagan and his daughter ended up sandwiched between the two opposing sides.

“I was trying to get out of there, but it was impossible when everybody was running and screaming and going, ‘Let him loose, let him go’ and all this kind of stuff,” Fagan said in an interview Thursday.

Police were trying to push the crowd back, and in the process, Fagan said one of them pushed his daughter.

“I don’t care who you are, I don’t care if you’re the prime minister, if you grab my kid I’m going to snap on you.”

Police ended up backing the car out of Doyle Street with Fagan and his daughter still nearby. 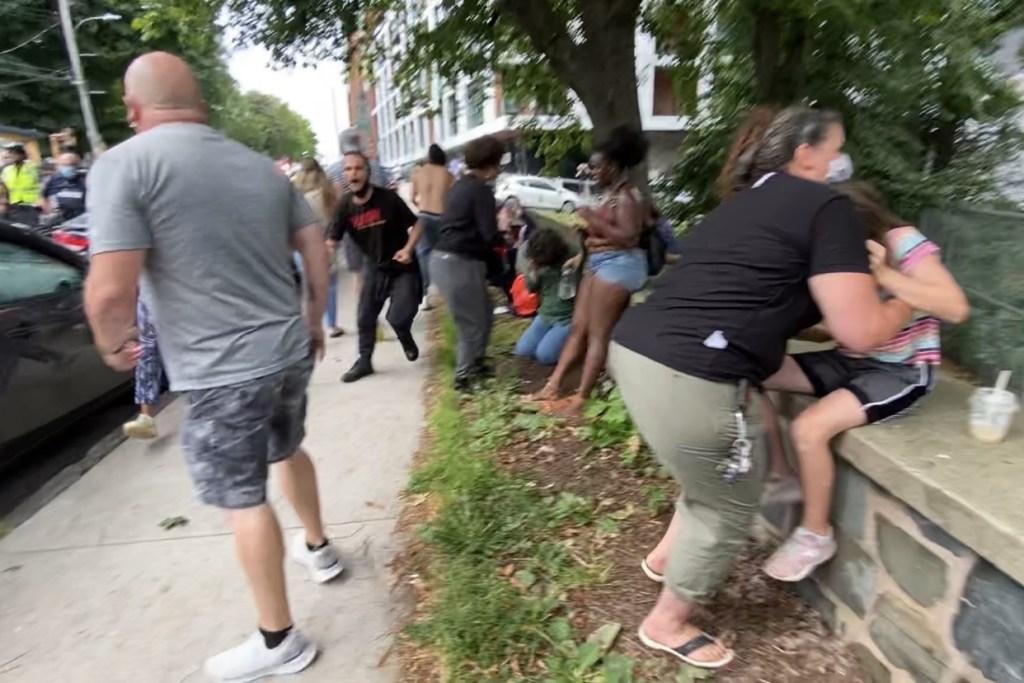 George Fagan, left, yells to police as his daughter, right, is helped by a protester. — Screenshot: Zane Woodford

On video, Fagan and his daughter are nearby when an officer sprays paper spray into a crowd. His daughter can be seen coughing and then Fagan starts yelling at a nearby officer, “You maced my fuckin’ kid!”

“I went Mama Bear and Papa Bear … I think whatever normal parent would react that way. I mean, you pepper sprayed my kid,” he said.

“I couldn’t see my daughter,” he said. “Thank god for the people that took my daughter, helped her and brought her and did the things she did. Praise god for that because you know what, there are some kind people out there.”

Fagan questioned the use of pepper spray in the situation, and he wants to see the officers reprimanded.

“If the cops are less than 10 feet away and they see a child was there, why would you bring out pepper spray and spray it?” he said.

Halifax Regional Police Chief Dan Kinsella, who was never present at the protest, defended the pepper spraying during a news conference on Thursday, saying officers were being assaulted.

After they were both treated by paramedics, Fagan said he stormed down to Halifax City Hall to demand a meeting with Mayor Mike Savage, who he said came down, listened to his story and took his phone number.

Since video of the incident was posted online on Wednesday, Fagan has seen a barrage of hateful commentary online.

“People saying you’re a bad parent, I feel sorry for your poor child, and all that, like the comments are unbelievable,” he said.

While he didn’t set out to bring his daughter to a protest, he disagrees with the narrative that people shouldn’t bring their kids to protests.

Wednesday night, Fagan and his daughter both felt like they had bad sunburns from the pepper spray, but he said they were feeling better on Thursday.

“She’s pretty upset about it but she’s smiling today,” he said.

The pair had plans to head back downtown to try that father-daughter outing again.