You are here: Home / City Hall / Doubling down on transit 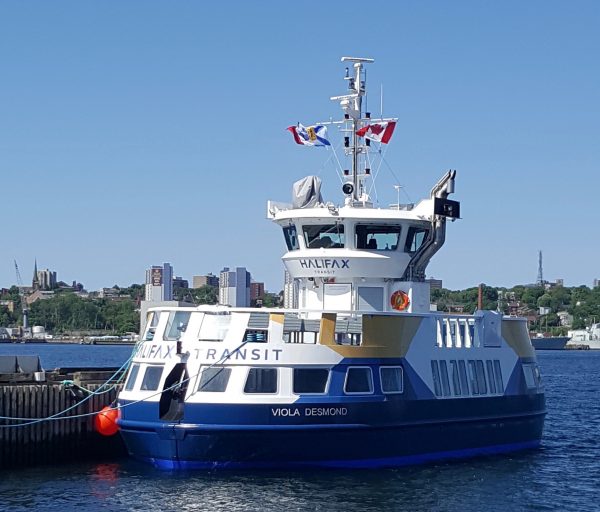 If the provincial government backs us, Halifax stands to double its investment in transit infrastructure in the next two years.

The new Federal Transit Infrastructure Fund (FTIF) sets aside about $3.4 billion for the next two years to be spent on transit projects with 50 per cent municipal or provincial support.

Instead of allotting the funding per capita across the country, the fund will be divvied up according to transit ridership, which means the big cities, and cities that have already been investing in transit, are favoured. Although this means less funding for Nova Scotia, it actually makes good sense. Public transit is most effective in urban environments, and the federal government seems to be allotting this fund accordingly.

HRM staff have put forward requests for the lion’s share of Nova Scotia’s allotted funding, amounting to $27.9 million, or 87 per cent. While it’s federal money at stake, the requests will need provincial approval before going to Infrastructure Canada. So the question remains, will the province approve of Halifax’s request for 87 per cent of the Nova Scotia share of this decidedly urban fund? If they follow the lead of the federal Liberals, they will; but one never knows.

As for HRM’s requests, there’s nothing new, groundbreaking, or, dare I say, bold in our list.

In the absence of an overarching transportation strategy (currently being created as the Integrated Mobility Plan) our staffers have opted to request additional funding for projects already approved and funded by our own municipal budget. So federal funds will basically go towards doubling the impact or speeding up implementation of approved projects.

While it’s a shame that we are missing out on the potential of a major capital investment that could put us well on the way to higher order transit like commuter rail, new ferry routes, or bus rapid transit, the reality is we’re just not ready. Right now, we are creating the plan that will allow us to take on major projects, so we’ll have to hope for future opportunities at federal transit investment to make them happen.

Here’s the lowdown on our municipal wish-list, as presented to council on Tuesday:

Conventional Transit Bus Replacement/MetroX Replacement
HRM Amount: $16,900,000
Federal Ask: $14,504,000
Total: $31,404,000
Getting these federal funds would double our purchase of vehicles in 2016-17, giving us a 100% accessible fleet. The federal ask is a little lower here because we are already slated for some funds under the Building Canada Infrastructure Fund.

Halifax Ferry Terminal
HRM Amount: $500,000
Federal Ask: $500,000
Total: $1,000,000
I have no idea why this project is even in Halifax’s budget, much less why the feds should also throw taxpayer dollars behind it. Yes, the Halifax ferry terminal is a bit of an eyesore. So what?
There are much, much smarter ways to spend this money that might even help increase transit ridership, like more and better bus shelters, or immediate starts on two key studies: transit priority routes on Gottingen and Bayers Road, and the possibilities for Bus Rapid Transit.

Even if I did think ferry terminal beautification was on the priority list, I wouldn’t trust Halifax Transit to spearhead it. Why not simply cut the rent on the terminal cafe space and give the contract to a local company that has a demonstrated knack for creating inviting spaces? Just imagine if Two If By Sea, Pavia, Steve-o-reno’s, Stillwell, or any of our array of budding hospitality entrepreneurs were to take over that space.

Transit Priority Measures Implementation
HRM Amount: $200,000
Federal Ask: $200,000
Total: $400,000
My heart skipped when I saw Transit Priority Measures (TPMs) on this list. I’ve written about our approved list of on-street interventions before, and complained only about the painfully slow timeline for actually implementing these cheap and effective fixes. (One certain way to get more bodies on buses is to get the buses through traffic faster at rush hour.) With this new federal funding, Halifax is proposing to implement in two years what it has previously planned for five.

Ferry Replacement Phase I
HRM Amount: $735,000
Federal Ask: $735,000
Total: $1,470,000
One project on the 2016-17 list is actually not currently in Halifax’s budget. At least not yet. Halifax Transit is proposing that we postpone our biennial ferry refit and use that money this year to help leverage federal money to go towards two new replacement ferries.  Yes, I know we only just named and launched the new Viola Desmond, but you don’t just order a new ferry online from Amazon, you need to plan in advance.
The total cost of the ferry replacement project is in the neighbourhood of $12 million, so this ‘phase I’ portion is apparently just a way of making a downpayment on that. The rest of the money is in the ask for 2017-18.

Bus Stop Improvements
HRM Amount: $235,000
Federal Ask: $235,000
Total: $470,000
Sensibly, Halifax is planning to consolidate its budgets for shelters and bus stops. With the extra federal money, Halifax Transit is promising to “further improve bus stops, which could include installation of benches, schedule information/maps,accessibility upgrades to some of the more challenging bus stops, and potentially piloting the use of a heated shelter.”

Conventional Transit Bus Expansion
HRM Amount: $2,873,000
Federal Ask: $2,873,000
Total: $5,746,000
We were already planning to expand our fleet by eight buses, so this is a clever way of diverting some of our own capital funding to other priorities and splitting the purchase of 10 new buses with the federal fund. This is a fleet expansion, not replacement, and so would require a bump in the 2017-18 operating budget, to cover increased service as per the Moving Forward Together plan.

Transit Priority Measures Implementation
HRM Amount: $450,000
Federal Ask: $450,000
Total: $900,000
This is the second half of the funding needed to complete our approved list of 11 on-street interventions to get buses through traffic faster. Probably the smartest money Halifax Transit will spend this year.

Electric Bus Pilot Project
HRM Amount: $250,000
Federal Ask: $250,000
Total: $500,000
Just imagine transit corridors like Barrington and Spring Garden populated with quiet, exhaust-free buses. It’s not quite the revival of the tram, but I say bring it on anyway. 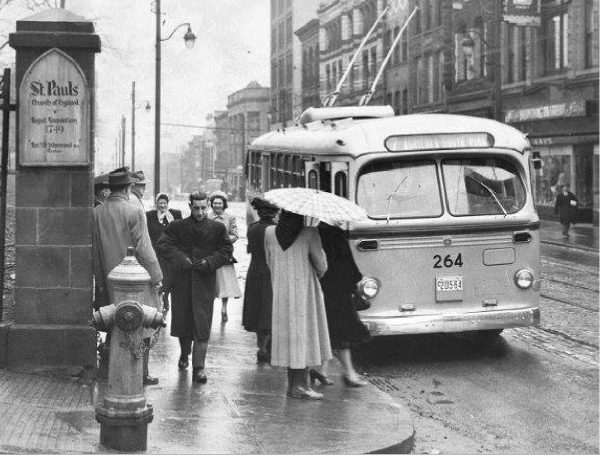 Transit Priority Measures Corridors Study
HRM Amount: $125,000
Federal Ask: $125,000
Total: $250,000
Our Moving Forward Together plan has identified both Bayers Road and Gottingen Street as critical areas needing transit priority measures. Why we are waiting a year to get this study started, I have no idea. We know we need it, and the feds have effectively doubled our funding. We should be starting this study yesterday.

Bus Rapid Transit Study
HRM Amount: $100,000
Federal Ask: $100,000
Total: $200,000
Although we are dabbling in transit priority, we have barely scratched the surface of what’s possible. Bus Rapid Transit is higher order transit, on par with trains and ferries. It actually separates buses from traffic. This is a feasibility study for BRT, something which could enormously benefit the Integrated Mobility Plan we are currently undertaking. We need to do it immediately.

Mumford Terminal Replacement Opportunities Assessment
HRM Amount: $150,000
Federal Ask: $150,000
Total: $300,000
The sooner we can replace this terminal, the better. That said, I hope the possibilities for commuter rail or bus rapid transit will figure prominently in the redesign and possible relocation of this major transit hub.

Transit Security
HRM Amount: $1,950,000
Federal Ask: $1,950,000
Total: $3,900,000
This seems like a very healthy amount of money to buy “improved camera systems for the transit fleet, with additional camera views and collision warning systems.” But perhaps, if it can help keep transit riders safe and secure, it’s worth it.