You are here: Home / City Hall / Developers proposing ‘Aboriginal’ art gallery in new Halifax hotel — but did they talk to any Indigenous people? 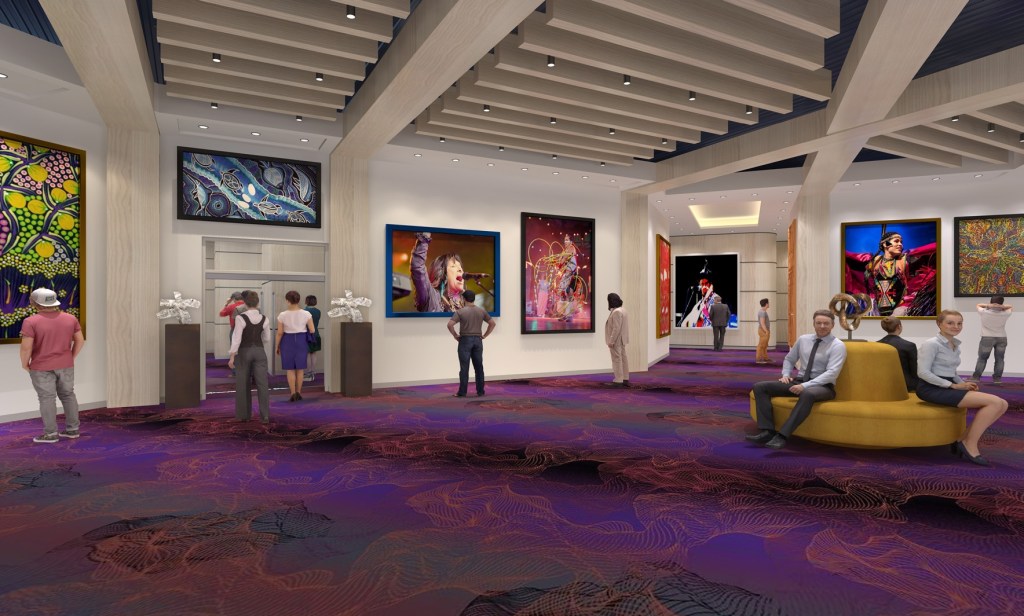 A rendering of the “Aboriginal” art gallery proposed by Steele Hotels.

A developer from Newfoundland wants to include an “Aboriginal” art gallery in its new downtown Halifax hotel as a public benefit in exchange for permission to construct a bigger building.

But it’s unclear whether Steele Hotels even talked to any Indigenous people in Halifax about the plan — never mind the kind of broad and comprehensive consultation necessary for such a project.

That lack of consultation has councillors tasked with approving the plan hitting pause.

The proposal: an ‘Aboriginal Visual and Performing Arts Gallery’ in a ‘very high-end’ hotel

Former Newfoundland Capital Corp. owner John Steele’s company got approval from the city’s design review committee last July to build a 12-storey JAG-branded hotel at the corner of Gottingen and Brunswick streets, across from the Metro Centre.

The architect at the meeting last year described JAG as a “very high-end brand,” with “VIP suites,” and valet parking. 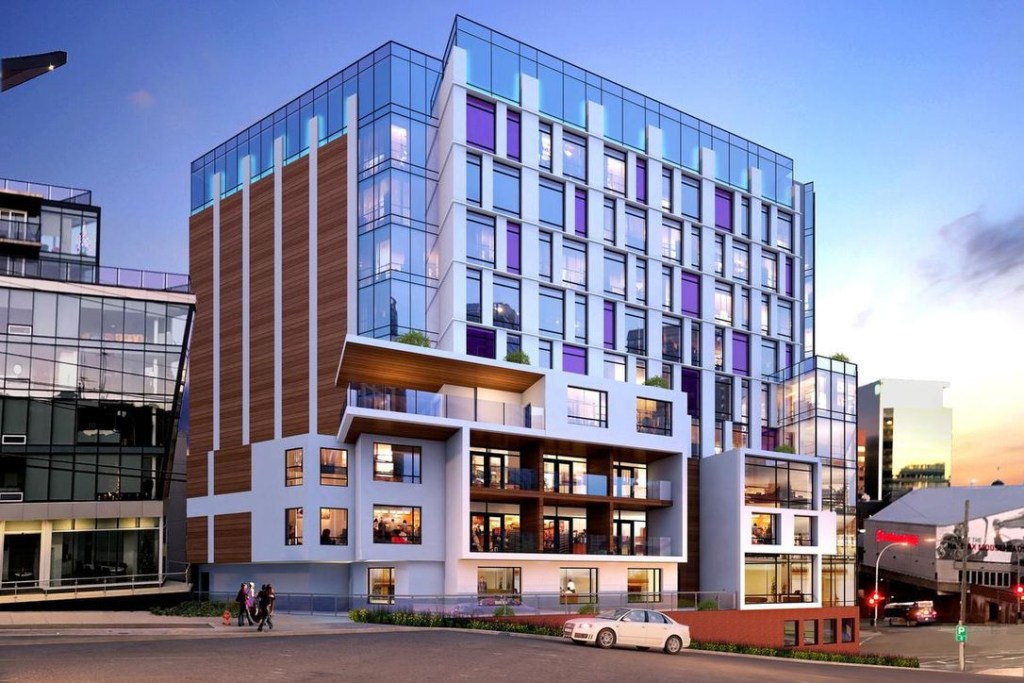 A rendering of Steele Hotels’ proposal for the corner of Brunswick and Gottingen streets, seen from Gottingen Street.

The proposal is about two storeys taller than allowed by the downtown land-use bylaw without the developer providing a “public benefit.” To get permission for that extra height, the developer has to come to a density bonus agreement with the city — a trade of a public benefit for extra density.

That’s worth $114,000 in this case, and the proposed agreement went to Halifax regional council last week.

The developer has proposed “a dedicated public Aboriginal Visual and Performing Arts Gallery” as its public benefit. It values the gallery at $121,000.

“With the cost of the art acquisitions, the construction, on-going use, a dedicated coordinatior[sic]/manager and public engagement events within[,] the provided salon will certainly bring added benefit to the Aboriginal Arts community,” reads an attachment to the staff report to council.

The gallery will display “selected pieces from the new, and up and coming, aboriginal artists,” the report said.

A rendering in the report shows people in a gallery hung with generic art, photos of Indigenous people performing in regalia, and a photo of Buffy Sainte-Marie apparently ripped from thecanadianencyclopedia.ca via Flickr. 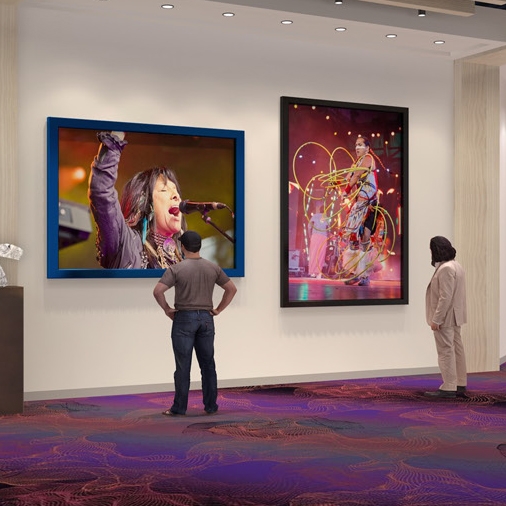 The photo behind these two people staring at the viewer was ripped from a Stingray Music news release. 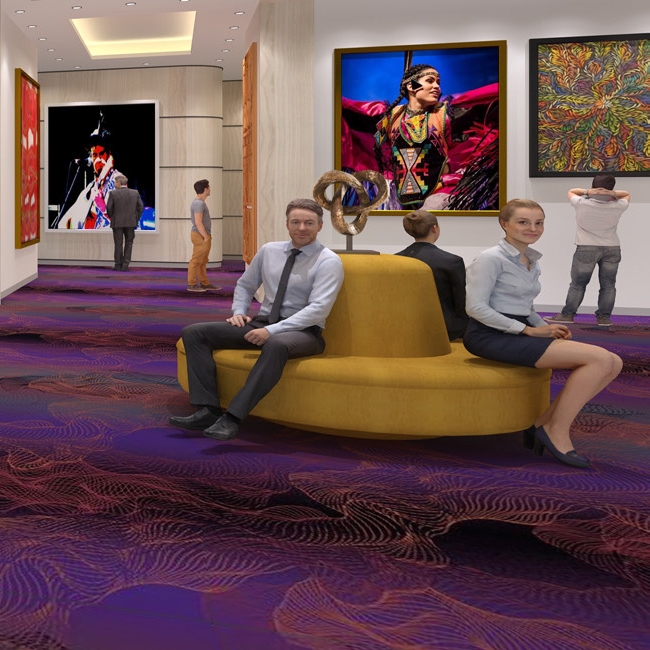 At their meeting last Tuesday, councillors didn’t think they had enough information to make a decision, and were especially concerned about a lack of consultation with Indigenous people in Halifax.

“One of the things that was a real red flag as I read it is it’s talking about an Aboriginal art gallery, which is a word used to describe First Nations people and Indigenous people that simply has fallen out of favour the last 10 or 15 years,” Coun. Waye Mason said during the meeting.

“That led me to wonder whether or not the proponents had actually talked to anybody in the First Nations community here in Halifax or whether they have the support. And I know from talking to some folks in that community, who lead some of the leading organizations in Halifax, that they have not have any communication about it.”

Andrew Faulker, development officer on the project, said he doesn’t know whether there was any consultation.

“I can’t speak to how the developer has approached the community on this,” he said.

“They are hiring an on-site coordinator-manager for administration of the gallery. This certainly shows a commitment to using it, and that of course would be an ongoing yearly cost over and above this start-up estimate.”

Extra density ‘on the backs’ of the community

“Whether they’ve actually reached out to anybody, I don’t know. I’m not aware of that,” Glode-Desrochers said in an interview. “But especially with the new development of the Friendship Centre and everything we’re trying to do there, I would’ve tried to make sure that they complemented each other.” 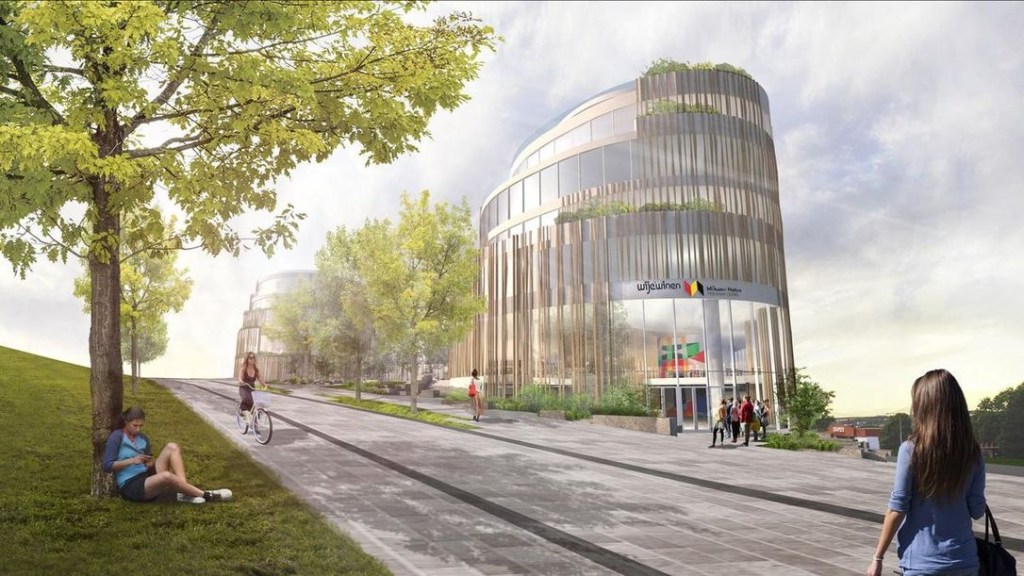 A 2018 rendering of the proposed new Mi’kmaw Native Friendship Centre.

The proposed hotel is less than 200 metres from the planned site of the new 70,000-square foot Mi’kmaw Native Friendship Centre at the corner of Gottingen Street and Rainnie Drive — being called “wije’winen,” meaning “come with us” in Mi’kmaq.

Glode-Desrochers said she could’ve worked with the hotel developers on the consultation.

While the use of the term ‘Aboriginal’ isn’t offensive to Glode-Desrochers, per se — for more explanation, read Chelsea Vowel’s blog or her book, Indigenous Writes — it is a red flag that the developer hasn’t talked to anyone. 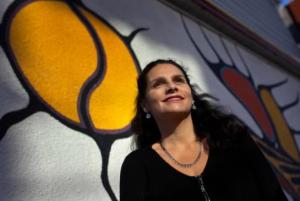 “To me, it was a way for them to access additional dollars and gain access to special treatment. And that’s done on the backs of our community, and that’s concerning to me.”

The lack of consultation is the crux of the issue, but it’s also about who is telling these stories after hundreds of years of silencing Indigenous voices in Canada.

“I don’t believe that non-Indigenous organizations should be telling our story. I think that needs to come from community. It’s been generations that other people have been telling our story and it’s time for us to tell our own story. I’m not sure putting a floor or two in a hotel is productive,” Glode-Desrochers said.

“If they’re the ones telling the story, maybe it’s not the story that needs to be told.”

For instance, what if there was no mention of residential schools?

“It’s just concerning to me, and it makes me a little sad too, especially with everything going on, the amount of Indigenous people that are … Two in the last week have been shot,” Glode-Desrochers said, referring to the police killings of Chantel Moore and Rodney Levi in New Brunswick.

“Those are the stories that tend to get lost sometimes. For me it’s, what story are you going to tell in that space?”

At council, Mason made a motion to defer a vote on the plan, asking for more information about what kind of engagement the developer has done or plans to do with First Nations and Indigenous people.

“I can’t in good conscience vote for this contract when I don’t understand how it’s going to function in the real world,” he said. 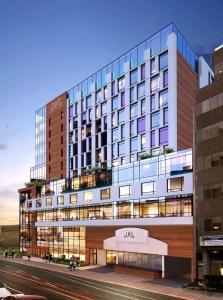 A rendering of Steele Hotels’ proposal for the corner of Brunswick and Gottingen streets, seen from Brunswick Street.

“I appreciate the effort, but it’s not the way reconciliation — or any kind of relationship with our Indigenous communities — it’s not how that should work,” he said. “If there was attached to this a report with endorsements from Indigenous groups in Halifax saying this is a great thing, we love it, that would be very different, but there’s nothing attached to this.”

After hearing his colleagues’ concerns, Coun. Matt Whitman worried the delay would cost the developer.

“I think in the interest of reducing red tape and being a business-friendly city, I’m not going to support the deferral.”

It passed anyway, and staff said the report could be back soon, but consultation is likely to take more time.

Asked whether it’s too late to do the proper consultation, Glode-Desrochers said that depends whether the company is really willing to do it.

“It’s going to come down to whether or not they really want to do that engagement piece. And that’s not a simple phone call, it’s not a simple email, it’s having real conversations with community,” she said.

“We’ll see if they reach out.”