You are here: Home / City Hall / Dartmouth development to include affordable and accessible housing, but it needs help from government 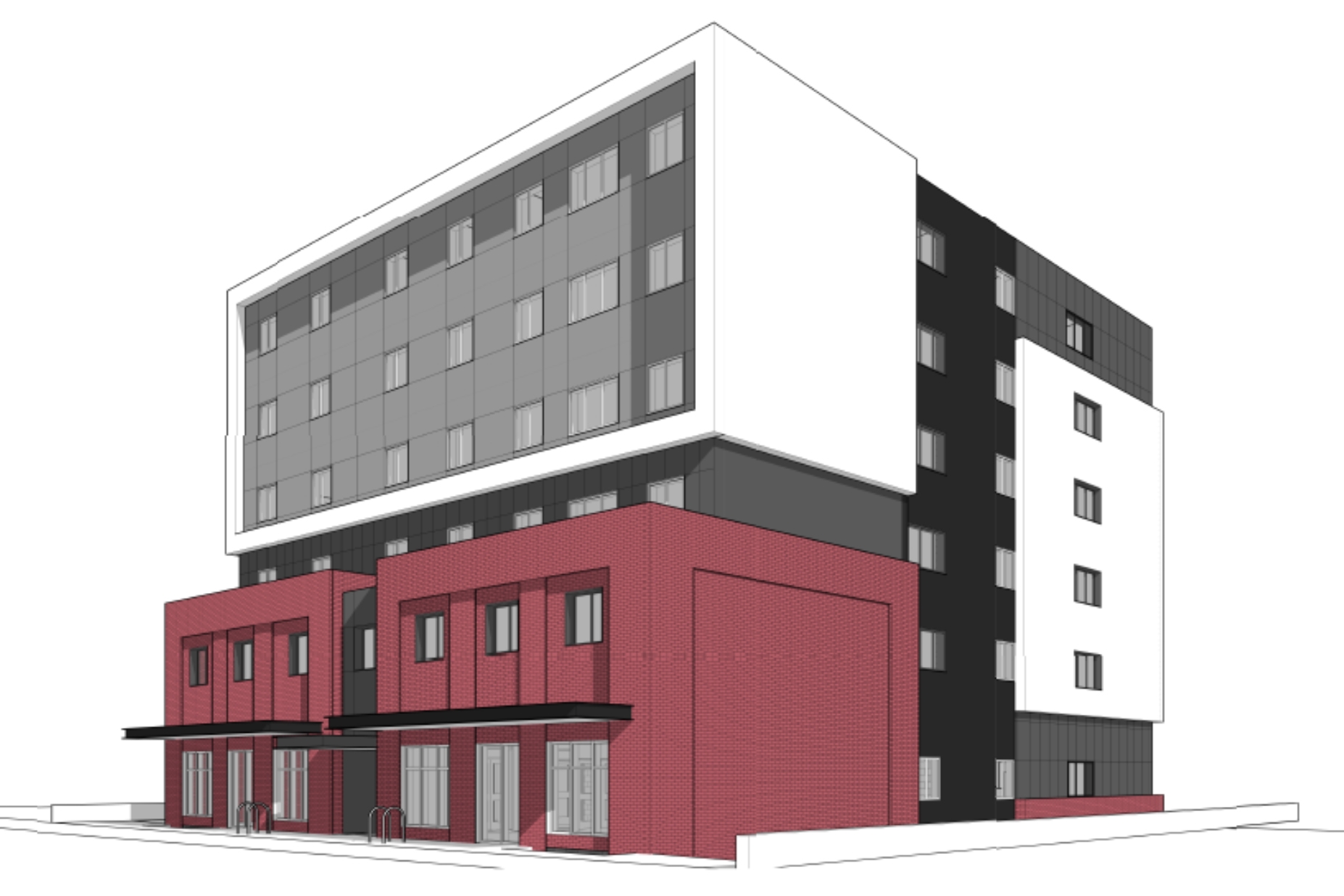 A rendering of the design of Main Street Centre

Plans for an affordable and accessible housing development in Dartmouth are nearing completion, but there are still significant financial hurdles in the way — indicative of the difficulties of building non-market housing in the Halifax area.

The plan is for a six-storey, 45-unit building at 139 Main St., across the street from McDonalds, between Hartlen and Major streets.

Half of the units would rent for as much as 50% below market value, while the other half would be designated as seniors housing. Every unit will “incorporate universal, or age-friendly design,” Harrison said in an interview.

It’s the continuation of Affirmative Ventures’ work behind this site, on Lakecrest Drive, where it built the 10-unit Affirmative House in 2007. 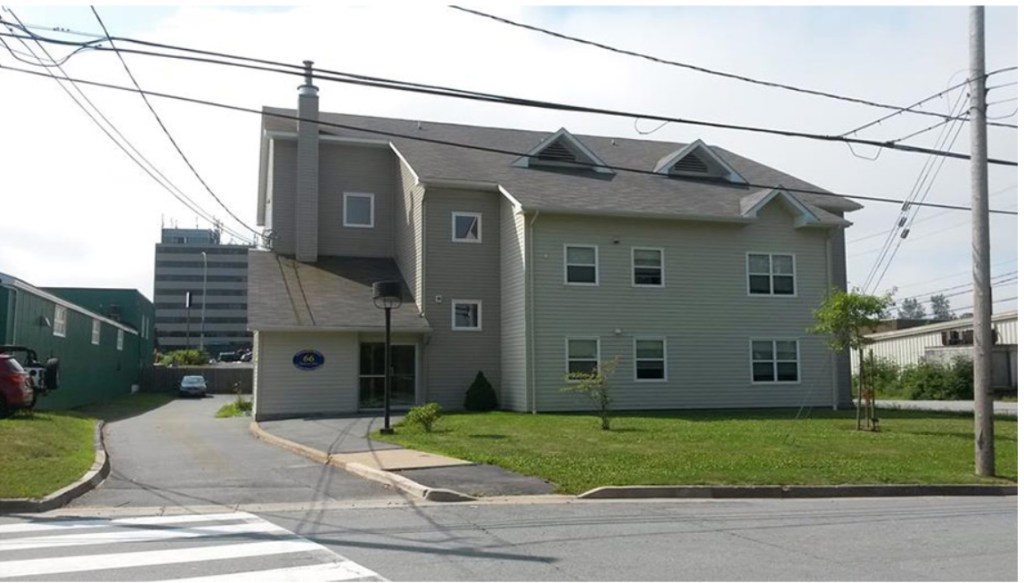 Through its housing division, Affirmative provides supportive housing for people with mental illness and addictions who may have been involved with the justice system. Affirmative helps its tenants find jobs and training, often with businesses in the Main Street area, and save money. It’s a transitional model, where the tenants eventually move out.

“When they get out into living independently, maybe they’ve got a full time job, and there’s a lack of affordable housing,” Harrison said.

Main Street Centre is meant to be a home for those “graduates” of the program, allowing tenants to stay in the area and live in adequate housing.

Affirmative has also found that its client base is aging, and there’s a lack of seniors housing in the area. Half of the units in the building will rent for market value, but will be tailored to seniors. Harrison said there’ll also be optional supports available for those tenants. 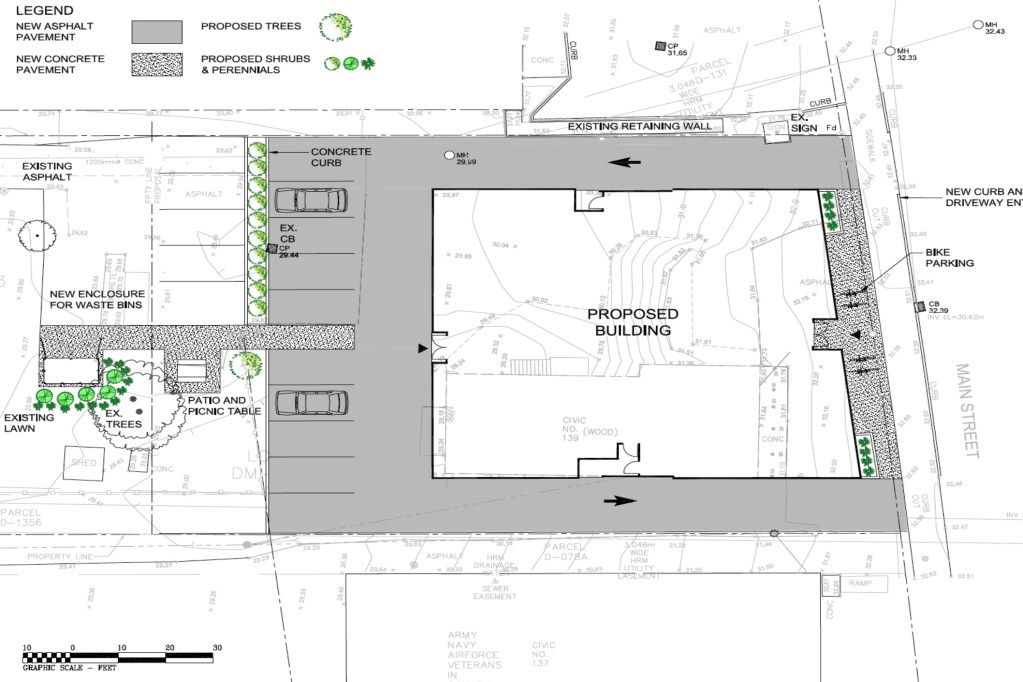 The plans meet the land-use bylaw for the area, and the municipality issued a development permit for the project earlier this month. But that doesn’t mean they’re ready to break ground.

Affirmative has submitted its plans to the Canada Mortgage and Housing Corporation, CMHC, for a long-term, low interest loan through the National Housing Co-Investment Fund for new construction.

“The focus of this fund is to develop energy efficient, accessible and socially inclusive housing for mixed-income, mixed-tenure and mixed-use affordable housing uses.”

The big requirement, unfulfilled so far, is the support of another level of government.

Harrison said they’re looking for support from the provincial government, and there’s about $1 million in taxes and fees that he’s hoping can be waived to let the project go ahead.

First, Affirmative has applied to the Canada Revenue Agency to increase its HST recovery rate. That could save $800,000, Harrison said.

Then there’s about $275,000 in permitting and development fees, most of which is due to Halifax Water.

In 2018, council amended a bylaw to allow the municipality to waive some fees for affordable housing developments. But those changes didn’t cover all the fees charged to developers.

In March 2019, council voted in favour of an amended version of a motion from Coun. Tony Mancini to “direct the Chief Administrative Officer to amend the relevant municipal legislation to waive municipal construction related fees for non-profit agencies to reduce barriers for these organizations when they are engaged in development of such things as affordable accessible housing or similar public benefits and report back to Regional Council.”

Mancini said that report is coming to the next meeting of council, on Tuesday, with amendments to the city’s administrative order governing licensing permits and fees, “to exempt municipal fees related to construction for residential development by registered non-profit organizations or charities.”

But that won’t include the Halifax Water fees because council can’t unilaterally decide to waive them.

“The big piece to this, in my opinion, is the Halifax Water permits,” Mancini said. “Their permits are huge. We don’t have any influence over them.”

Harrison has a suggestion to offset those fees, rather than waiving them.

As part of the new Centre Plan, when developers want to get the most out of their lots, they have to use density bonusing — paying into a new affordable housing fund. The details of that reserve fund and how it will be used are also expected to be debated at the next council meeting.

Harrison thinks the city should use that money to offset the Halifax Water fees on developments like this one. In fact, he said it should be the norm for non-profit housing in Halifax.

“Everyone’s being caught in this issue with the cost of the water fees,” he said.

The Housing Trust of Nova Scotia, for instance, has cited the Halifax Water charges as a barrier to completing its building on Gottingen Street.

Harrison said the city’s response has been to say that the density bonus money should be spent in the regional centre area, where it’s collected. This project falls just outside that area, but Harrison doesn’t believe that should be an issue.

“HRM has the right to extend any benefit it wants to select out of the density bonus reserve for all of HRM,” he said.

“There shouldn’t be a lot of negotiating or fiddling around with procedures or requirements because whatever the cost is, that would be the amount of the offset.”

If these issues are settled in the next few months, Harrison said Affirmative Ventures will be able to start construction next spring.