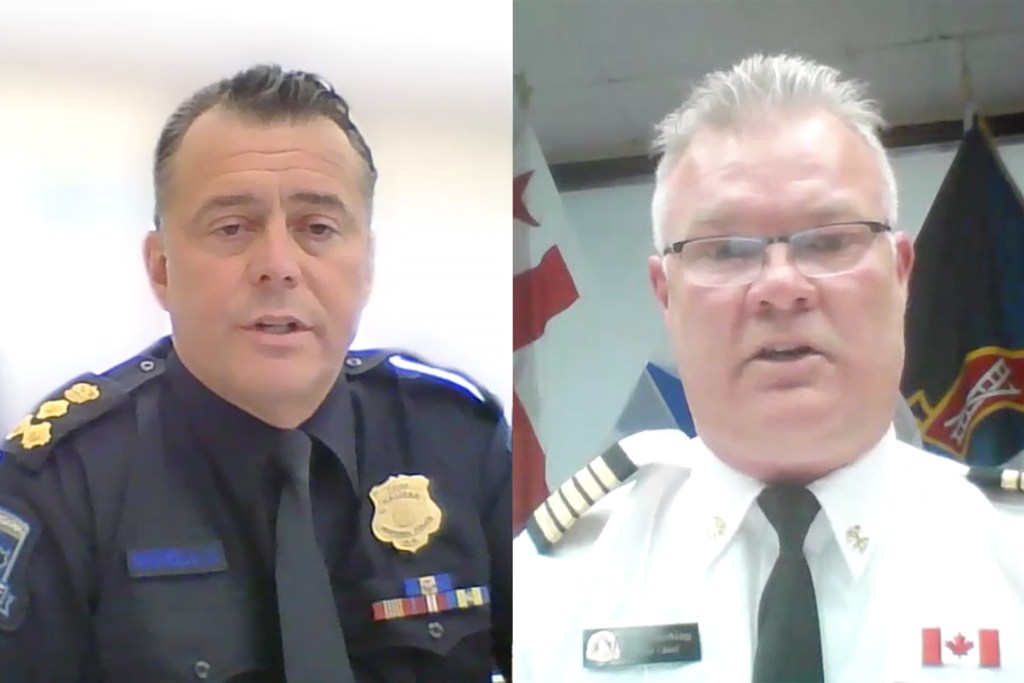 Councillors are looking to dial back cuts to policing and firefighting as they continue the process of rebuilding a new budget due to lost revenue related to COVID-19.

Halifax regional council’s budget committee heard from Halifax Regional Police Chief Dan Kinsella and Halifax Regional Fire and Emergency Chief Ken Stuebing at a meeting on Wednesday. As part of a bid to shave $85.4 million from the municipality’s operating budget, HRP and HRFE are proposing cuts of more than $5 million each.

Councillors unanimously rejected the cuts at those levels, voting in favour of identical motions for each department from Coun. Tony Mancini. Those motions asked HRP and HRFE to come back to council with options to cut their budgets by $3.5 million and $4.5 million, rather than the respective $5.5 million and $5.4 million cuts originally proposed.

“We also recognize that every business unit, including the police, has a role to play it mitigating financial circumstances.”

The reduction to the police budget comes primarily from about $4 million worth of vacancy management — keeping 28 positions vacant for the 2020-2021 fiscal year.

While he acknowledged there would be noticeable reductions in service, Kinsella reiterated that there’d be no impact on emergency response and public safety from the cut.

Stuebing, who’s been telling council since he was hired that the department is running lean, was not so positive.

“Although we have been moving the needle in the right direction, we are still not able to achieve council’s emergency response time targets,” he told councillors.

“A reduction of 7.6% in a budget where compensation represents 96% of our total budget means a total decrease in service is inevitable.”

Stuebing called the cuts proposed a “stark reality” of what it takes to reach the target he was given.

Of the $5.4 million cut, Stuebing’s recast budget saves $2.4 million by keeping 30 positions vacant. There are currently 24 vacancies: 18 career firefighters, one training officer, three positions in fire prevention, one administrative position and one management position. There are another six people expected to retire this year.

It takes a year to recruit and fill positions, he said, and vacancies drive overtime.

HRFE found another $1 million by reducing budgeted overtime, which is paid at straight time, and closing Station 11 in Upper Sackville and sending those firefighters, along with staff from stations in Hammonds Plains, Herring Cove and Black Point, to Sheet Harbour.

“That is an area where population is increasing,” Blackburn said. “By closing Station 11, that impacts not only the Upper/Middle Sackville area, but also will have ramifications for Lower Sackville and even Bedford.”

“I just have problems with the closure of Station 11 … to me, that is a move that seems very permanent without more fulsome data surrounding it.”

“Our residents are concerned that you were asked to cut more than $5 million,” Mancini told Stuebing before putting his motion on the floor.

Councillors also discussed cuts to human resources ($416,000) and Halifax Public Libraries ($1.2 million) on Wednesday, but proposed no changes. Earlier on Wednesday, they met in private to discuss personnel matters related to the budget.

On Thursday, councillors will pick through cuts to the capital budget.

Meetings are expected to continue till the final recast budget is approved, tentatively on June 9.