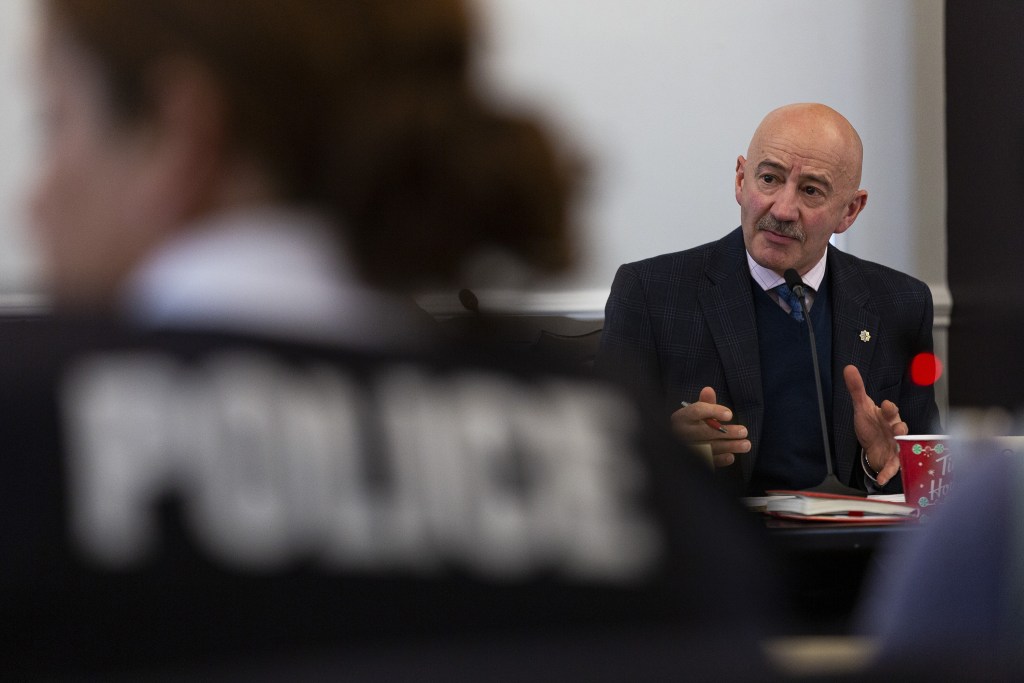 A regional councillor wants to reconsider Halifax’s unique relationship with the RCMP.

That Halifax Regional Council direct the CAO to prepare a report, based on a review of the current model of delivering policing services in Halifax Regional Municipality, to provide an evaluation of and make recommendations with respect to the effectiveness along with community safety standards of the current division of policing responsibilities in HRM between the Halifax Regional Police and the RCMP in their capacity as Nova Scotia Provincial Police.

In the reasoning portion of the motion, Mancini wrote that the “review would provide a comprehensive evaluation that will allow councillors to better understand the strengths and areas of possible improvement for the current system.”

“This is not an anti-RCMP thing,” Mancini said in an interview Thursday.

The Harbourview-Burnside-Dartmouth East councillor, who was on the Board of Police Commissioners last year, said he’s not presupposing the outcome of the report, just asking a question: “Is this the right model for our municipality, not only today, but tomorrow?”

While others use the RCMP as their municipal police force, Halifax is the only Canadian municipality with two police forces, using the RCMP to supplement Halifax Regional Police in suburban and rural areas. The two forces also have a joint Criminal Investigations Division, working together on serious crimes out of HRP headquarters on Gottingen Street. 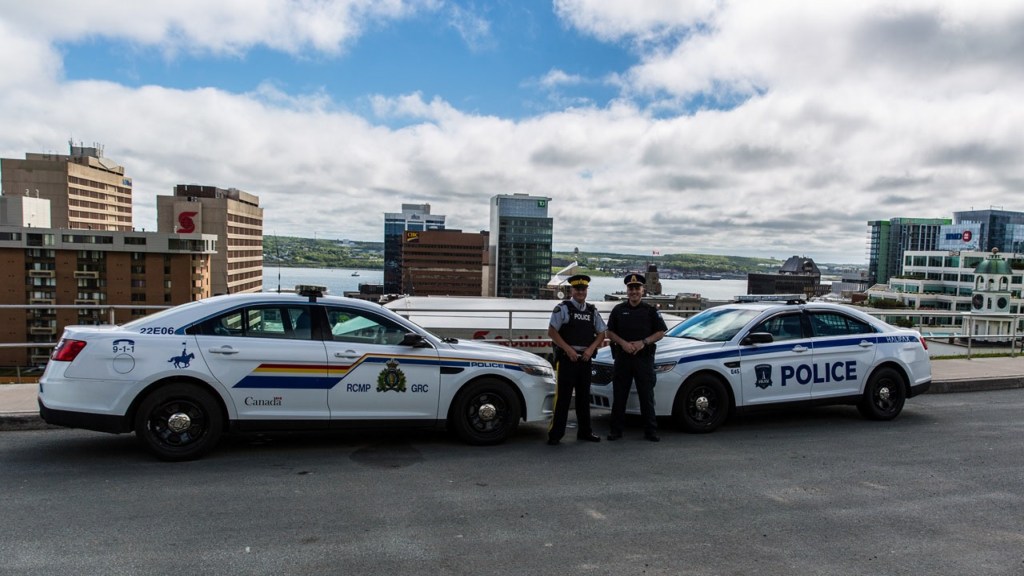 Halifax-district RCMP and Halifax Regional Police together on Citadel Hill in a slide from a recent budget presentation to council.

The set-up is a leftover of amalgamation — 25 years ago to the day on Thursday — when the city’s urban areas, each with their own police forces, came together with the rural areas, policed by the RCMP.

The Board of Police Commissioners set the terms of reference last month for a new committee to define the concept of defunding the police, with public consultation and a final report with recommendations expected this spring.

During the debate over that motion, which passed unanimously, multiple councillors brought up the RCMP issue. As the Examiner reported in August:

There were also concerns that the RCMP couldn’t be swayed by the recommendations in a report.

“The RCMP is not accountable, whatsoever, and do not kid yourselves … They’re not accountable to the police commission at all,” said Coun. Stephen Adams.

“If they are given some advice by the commission they can take it or not take it. They’ll do what they feel they should do or what Ottawa tells them they should do.”

Coun. Steve Streatch called the hybrid HRP-RCMP model the “elephant in the room,” and asked whether the review would consider whether Halifax — the only jurisdiction in Canada with such an arrangement — is best served by that model.

The board does advise the RCMP, and city solicitor John Traves said he thinks they’re willing to participate in the review.

Mancini said he wonders whether the RCMP would go along with reallocation of funding for policing services if the municipality did decide it wanted to go down the defunding road. He noted that he’s asked the local RCMP brass on multiple occasions whether they’ll apologize for street checks, as HRP Chief Dan Kinsella did. Every time, they say the decision hasn’t been made yet.

“It’s no disrespect to the folks here locally. That decision’s made in Ottawa,” he said.

“What influence or direction can we give RCMP? I think we’re limited in what we can do.”

If Mancini’s motion passes, it could be rolled into the report on Mason’s request. Mancini said he’s open to having a conversation about that, but he wants to ensure independence from HRP and RCMP and that may mean bringing in an outside consultant.

This wouldn’t be the first review of HRM’s policing model, but it’s likely to have more teeth than the last.

Just over a year ago, council received a consultant’s report reviewing policing in the municipality. The municipality kept the report secret for months, before finally releasing a redacted version outlining the reasoning behind its bland recommendations around civilianizing a few positions.

The scope of that report was limited, with councillors at the time expressing no desire to reconsider the policing model with the RCMP in Halifax.

On the surface, the arrangement saves money. Through a contract between the federal and provincial governments, Halifax pays 70% of the cost of each RCMP officer, with the federal government paying the remaining 30%. Other municipalities in Nova Scotia pay 90%.

But in reality, the costs of Halifax-district RCMP and HRP officers are similar.

There are 530 sworn Halifax Regional Police officers. Dividing the entire proposed 2021-2022 police budget — which also includes more than 200 civilian employees, and services like crossing guards, 911, lie detectors and a horse — the total cost per sworn officer is $161,981.13.

Using the same methodology, each RCMP officer, paid less than their HRP counterparts, cost Halifax $152,262.30 in 2020-2021. That amount pays for 183 officers and one civilian, inclusive of salary, overtime, vehicle fuel and repairs, equipment, uniforms, and training.

With the Halifax-district RCMP budget — ultimately controlled by the other levels of government, not council — expected to rise 5.6% in 2021-2022 to $29.4 million, that cost per sworn officer will climb to $160,759.56. With RCMP officers unionizing, that number will only rise in future years.

Council meets virtually at 11am on Tuesday.