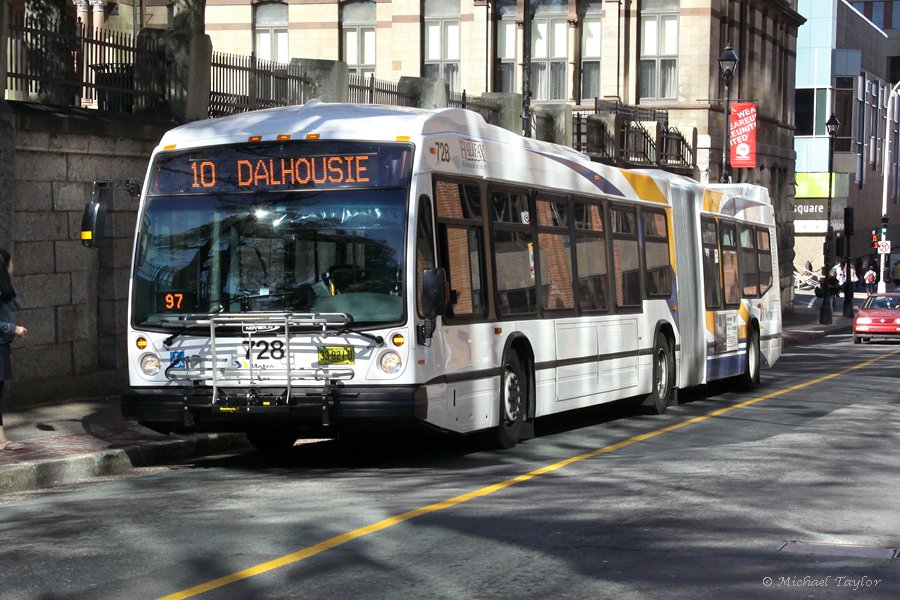 The venerable route 10.  Image from michaeltaylor.ca

No need to brace yourselves for change right away, though. The plan will be implemented over five years, with major route changes happening in the last three.

And, despite the overall approval, the discussion over tweeks and changes to the new transit plan is far from over. Councillors included an amendment requesting a supplementary report from transit staff “outlining options, financial and operational implications” for 23 different items, from saving the Sambro loop service to reversing the route numbers for Cherry Brook and North Preston.

We should be thankful, I guess, that council wasn’t willy-nilly passing amendments to alter routes and add service without first getting the details on financial and operational impacts of what they were doing.  But this does mean that the real work of council, actually making the call on the trade-offs needed for a more efficient, high ridership transit system will be delayed until we hear back from transit staff, probably months from now.

Want to check out the full list of 23 requests from councillors? Scroll down below.

As expected, councillors were asking to keep service that had been slated for the chopping block. They were also asking for tweaks to routes, such as having the airport bus venture into Fall River (whereas now it stops at their park and ride facility), or maintaining routing of the #10 in the south end to include Inglis and Beaufort. There were also more substantial requests.

Peter Mancini put forward a proposal by the Main Street Business Improvement District to bring a series of routes along Main Street in Dartmouth, and also asked for a new Dartmouth corridor route running north to south, from Burnside all the way to Woodside. Jennifer Watts asked for enhancements to east-west routes on the north end of the peninsula, helping connect Bayers Road and Mumford to northern Barrington Street.

Lorelei Nicholl was the only councillor to question the timeline of the plan. She asked what it would take to get the proposed link in Cole Harbour operational before 2021. It’s a shame that her request was specifically focussed on moving up one particular route, and not speeding up the entire implementation schedule.

Of course, faster implementation would mean not only more buses, earlier than planned, but also more staff to do the work of scheduling the new system. But we may not find out how much this will cost unless staff have a generous interpretation of Nicholl’s request, and actually explore the options for faster implementation of the plan overall.

Stephen Adams alone tried to buck the pattern of councillors asking for further information by attempting a manoeuvre to have the Route 15 Purcell’s Cove separated from the main plan and defeated, thereby reverting it to its status quo of hourly, all day service. But the plan being a massively complex and interconnected system, the play didn’t work, and so route 15 simply got added to the list.

Adam’s also asked for immediate reconsideration of the Route 402 to Sambro, but eventually conceded to add it to the list, along with the rest of council’s items.

Right now 10 buses a day head out the Sambro loop, in a single direction, winding up at the South Centre Mall in Spryfied. It’s a poor service, by any standard. But according to Steve Adams, it’s better than nothing.

Adams presented a financial analysis positing that the 402 actually breaks even, once you consider the revenue it brings in from local area transit tax rates. (In case you didn’t know: if you’re within one kilometre of a transit route, you pay for it.) Since Adams’ raw numbers came from Halifax Transit staff, this one threw me for a loop, especially since Halifax Transit reports that with an average 25 boardings per day, the cost of the 402 is currently $64.42 per person.

One issue with Adams’ analysis, as transit staff pointed out to me, is that transit area rates don’t buy a route, they buy access to a system. So it’s not really as simple as adding up the costs of one route to determine if it “breaks even.”

Another, possibly more important issue is this: why is Adams advising his residents to pay $303,000 in taxes for a bus that runs one-way past their houses 10 times a day? It seems like horrible value for their money.

With $303,000 to work with (that’s $830 a day, 365 days a year), I’m pretty sure the community of Sambro and environs could figure out better ways to get people where they need to go and back again. Maybe start handing out taxi chits? Or more practically, have a look at a community transit model like MusGo Rider, for example.

Perhaps the city should be leading the way on finding these different, better ways for rural communities to get connected, instead of relying on communities themselves to get organized and apply to the Rural Transit Funding Program. Maybe a transition period is in order, where the city collects an extra year of transit taxes from Sambro in order to bankroll a community-owned transit cooperative.

But in terms of regularly scheduled transit service like what’s currently offered by Halifax Transit, it seems Adams’ own numbers prove that model is not working here.

Of course, staff will still be reporting on the Route 402 Sambro, and the discussion will come back to council at some point in the future, as it will for all 23 items on the list.

Noone was willing to hazard a guess on how long it might take for the report to come back, though several months at a minimum seems like a good bet.

For a little more detail, here’s the list of items put forward by councillors: