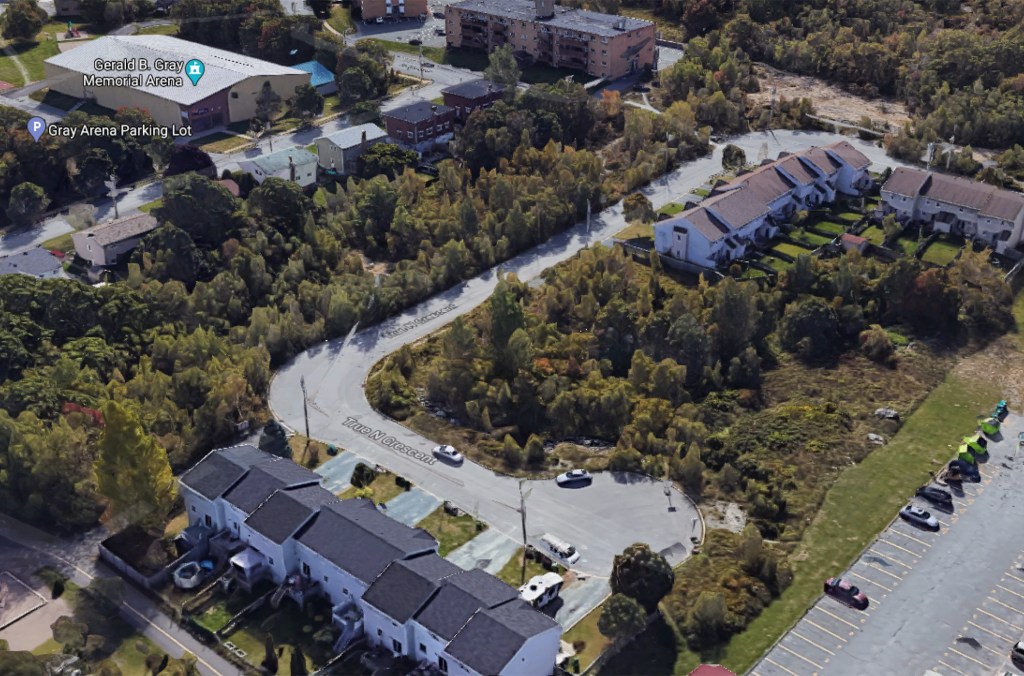 Councillors have agreed to sell four properties in Dartmouth North to the Affordable Housing Association of Nova Scotia, but exactly what will be built and how affordable it will be has yet to be determined.

Following a virtual public hearing at its meeting on Tuesday, Halifax regional council passed a motion approving the sale of its properties on True North Crescent in Dartmouth for $4 — $1 each — plus to-be-determined closing costs.

The buyer is the Affordable Housing Association of Nova Scotia, AHANS, and the organization is planning to build mixed-income townhouses on the lots, valued at $555,400 according to a 2019 assessment. 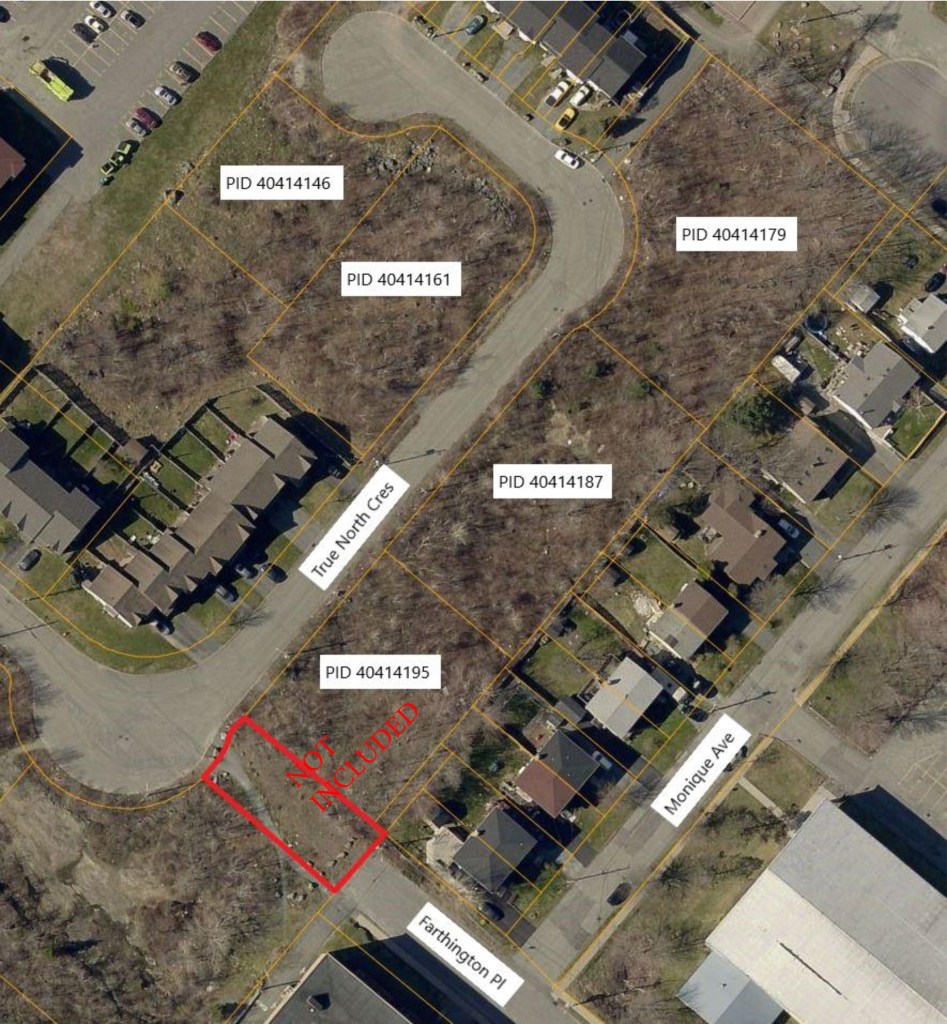 A map from the staff report showing the properties to be sold.

In total, AHANS plans to build 25 townhouse rental units. Of those, 56% would be classified affordable — five two-bedrooms and nine three-bedrooms. Five of the units would also be accessible, though all five wouldn’t necessarily be the affordable ones.

The sale is contingent upon AHANS providing proof of CMHC financing and an environmental assessment for the site.

Jim Graham, AHANS’ executive director, told council on Tuesday that the development would happen as of right, meaning no development agreements or land-use bylaw amendments required. He said they’re aiming for net zero efficiency, too.

“We think that the location, with the proximity of the John MacNeil School, Albro Lake, the Pinehill Lookoff Park, the library, the bus terminal, it’s ideally suited for family housing,” Graham said.

Mike Burgess, a resident and landlord in Dartmouth North, was the sole citizen to speak at the hearing and said the project would bring “new blood and energy to the community.”

“As a local business representative and resident, I strongly support this project,” Burgess said.

Coun. Tony Mancini said the properties have been designated for affordable housing since 1991, and he’s not sure what took so long but he’s happy council got to this point.

Mancini suggested people are confused about which level of government is responsible for affordable housing.

“But this is clearly what we can do,” Mancini said. “We have land, land that we’re not using, land that we can be providing to organizations like the affordable housing association that are very critical and established.”

“This is a concrete way the municipality can make a difference,” said Coun. Becky Kent.

Deputy Mayor Lisa Blackburn said anyone who thinks the city isn’t doing anything to create more affordable housing is wrong. She pointed to council’s work on secondary suites, the housing grant fund, and fee waivers.

“For those folks who are out there watching who still think HRM is not doing anything about affordable housing, I challenge that with every fibre of my being,” Blackburn said.

In an interview on Tuesday, Graham said AHANS has also submitted a version of the project for the $8.7 million in federal government housing funding flowing through Halifax.

“We wouldn’t be changing anything. We would be starting from scratch,” he said, adding that if AHANS can access that funding and build without debt, 100% of the units will be deeply affordable.

AHANS’ original proposal for the property was put together before the federal government announced it was spending $1 billion on affordable housing through CMHC with the Rapid Housing Initiative. There are two halves of the funding: the major cities stream and the projects stream.

Projects seeking the major cities funding from Halifax need to be modular, and the timelines are tight. Halifax has to submit an investment plan to CMHC by Nov. 27 and the projects need to be complete a year later. The money needs to create at least 28 units.

Council moved the process for its funding along on Tuesday, voting to direct chief administrative officer Jacques Dubé to negotiate an agreement with CMHC. The municipality approached 40 nonprofits asking for affordable housing proposals for the funding, and it received 16 submissions.

AHANS’ project is one of them, but Graham said the association is also working with three other nonprofits.

Graham said if AHANS’ project isn’t approved for Halifax’s funding, the association will apply for the projects stream, which carries a later, though still tight, deadline of the end of December.

Next week, three days before the deadline, council will hold a special meeting to decide which nonprofit housing provider or providers will receive the money.