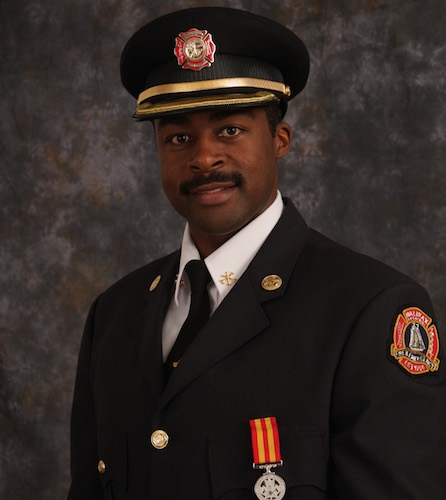 I chatted with Corey Beals, in late January, just before his promotion to Assistant Chief for the Halifax Regional Fire and Emergency Services (HRFE) — the first African Nova Scotian to hold the position.

Then came the catastrophic February 19 Spryfield fire in which the seven children of Ebraheim and Kawthar Barho perished. Refugees from war-ravaged Syria, the Barhos settled in Nova Scotia in 2017. The youngsters were recently mourned at a funeral attended by nearly 2,000 people. Unharmed physically in the blaze, Kawthar Barho now supported (among others) by relatives, keeps vigil at the hospital bedside of her severely burned husband. The cause of the fire remains unknown.

“Our thoughts and prayers continue to be with the family and community affected by this terrible loss,” said David J. Meldrum, Deputy Chief HRFE/Performance and Safety. “We appreciate the patience of the community as we conduct a thorough investigation. … We are proud of the actions of our firefighters. … They worked in very dangerous and difficult conditions. The loss of life at this fire weighs heavily on all our minds.”

In the aftermath of the Barho tragedy, I’ve reflected on my conversation with Beals, whose portfolio includes HRFE Rural Operations. “I’ve come full circle,” said Beals, a native of North Preston, noting early experiences that fostered his interest in a fire service career.

Beals said that he became intrigued by firefighting after watching volunteer members of the North Preston Fire Station No. 22 conduct drills in a field near his childhood home. Founded in 1976, the station arose from a need to protect the lives and property of an underserved community that suffered disproportionate fire-related injuries and deaths. Today, No. 22  stands as the only predominantly black volunteer fire service in Canada.

“It was exciting to see the fire engines and all the equipment,” Beals said, recalling the training sessions he witnessed as a youth. Eager to learn more about the profession, he participated in fire prevention activities such as clearing brush in the rural enclave. “Many of the fires started in defective, improperly installed wood stoves in the homes of people who’ve been historically marginalized,” Beals said. “The fires would spread quickly.”

A former volunteer firefighter at station No. 22,  Beals joined the HRFE in 1997. Now the sole black person in senior management, he’s determined to increase diversity in the department. In addition to well-documented incidents of discrimination, Beals cites unresolved grief and trauma as factors that have deterred many blacks from firefighting careers.

“It’s not talked about much, but there are lots of African Nova Scotians who’ve lost family and friends because of fires,” Beals said. “Survivors often carry emotional scars that prevent them from even considering fire service jobs. It’s just too painful.”

With that, my mind wafted to an old newspaper photograph. The image depicted an elderly black woman as she stood, weeping, over the lifeless body of a younger, black female. At first glance, the photo seemed to mirror countless others that have captured the demise of blacks by: Homicide? Drug overdose? Gang violence?

But the photo caption revealed an unexpected narrative. The woman had died of a heart attack after rescuing her mother and toddler children from their burning apartment. She was 26. 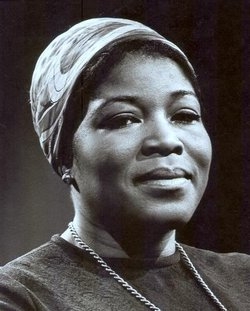 My chat with Beals also evoked poignant memories of Betty Shabazz, the widow of Nation of Islam leader Malcolm X. Following the 1965 assassination of her husband, Shabazz earned a doctoral degree and became a college administrator in New York, where I met her, in 1985. “I’ve had some rough days,” Shabazz told me during a lengthy visit in her office. “But as a single mother of six daughters, I couldn’t give up. I had to keep on keeping on.”

Indeed, determined to nurture her 12-year-old grandson, Shabazz later took the troubled youth into her home. But angered by the upheaval in his life, young Malcolm (named after his slain grandfather) doused his grandmother’s house with gasoline and, in June 1997, set it afire.

Unaware that he’d fled the home, Shabazz, 63, ran through the ferocious blaze to rescue her grandson. Burned over 80 per cent of her body, she died a few weeks later. And Malcolm? Convicted of manslaughter and arson, the youth served 18 months in juvenile detention. At age 28, he was beaten to death in Mexico City.

This brings me to the 2017 fire at a government-run children’s home in Guatemala that killed 41 teenage girls and injured several others. The Virgen de la Asuncion Hogar Seguro (Safe House) had, as its purported mission, the protection of youngsters who, for a variety of reasons, were separated from their parents.

In response to alleged sexual abuse by staff at the facility, a group of girls protested their mistreatment. On the morning of March 8, 2017 — International Women’s Day — a fire broke out in a schoolroom where the “unruly girls” had reportedly been confined as punishment and not permitted to leave. Officials implicated in the lethal crime are now facing prosecution.

In advance of the second anniversary of the Hogar Seguro fire, Breaking the Silence will host a free event at 2pm on Sunday, March 3 at the Glitter Bean Cafe, 5896 Spring Garden Road, Halifax. In addition to an art exhibit, the gathering will feature presentations by Mayra Jimenez, an advocate for families affected by the tragedy and Dr. Sherry Pictou, Assistant Professor in Women’s Studies at Mount Saint Vincent University.