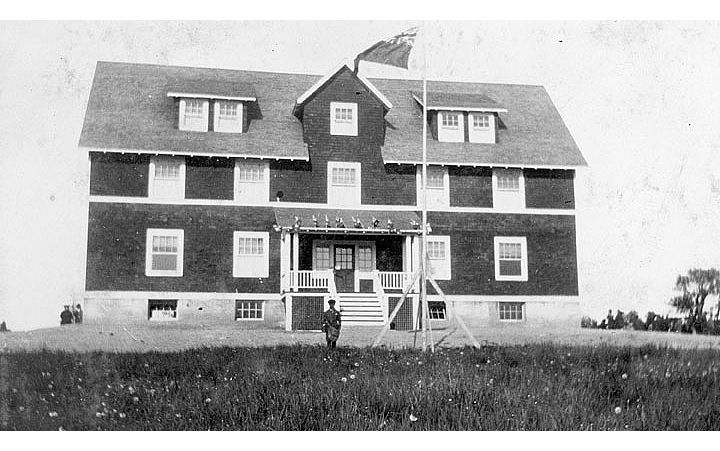 The Home for Colored Children, in 1921. Photo: NS Archives

A committee of council is recommending heritage registration for the former Nova Scotia Home for Colored Children.

At a virtual meeting on Wednesday, the Heritage Advisory Committee considered the application from Akoma Holdings for the former home at 18 Wilfred Jackson Way in Westphal.

The old home opened in 1921 to house and school Black children who weren’t welcome in white orphanages. In the 1990s, former residents launched a lawsuit over decades of physical, mental, and sexual abuse at the old home. The lawsuit was settled, and in 2014, then Premier Stephen McNeil apologized to former residents of the home and later launched a public inquiry, with the final report tabled in 2019.

Devon Parris, African Nova Scotia Cultural Heritage intern with HRM, acknowledged the “complicated” history of the building in his report and presentation to the committee on Wednesday.

“Though it has challenging history, the former Nova Scotia Home for Colored Children’s positive and negative chapters are intimately related to the African Nova Scotian experience in the 20th century,” Parris said.

It wasn’t the first time it came to the heritage committee. In 1998, the former director of the home applied for heritage registration. The committee voted in favour, but council declined to schedule a heritage hearing, citing the building deteriorating condition.

It’s since been renovated, and the municipality used different criteria to consider the application this time, as a heritage site, not a heritage property.

Scoring the property 64 points out of a possible 70, the committee recommended Halifax regional council schedule a heritage hearing and include the property in the municipal registry.

At its next meeting, in July, the committee will consider a heritage application for a Dalhousie University-owned home on Edward Street. Residents in the area protested Dal’s planned demolition of that building last month. During Wednesday’s meeting, the committee received a petition with more than 5,000 signatures asking it to protect the building.