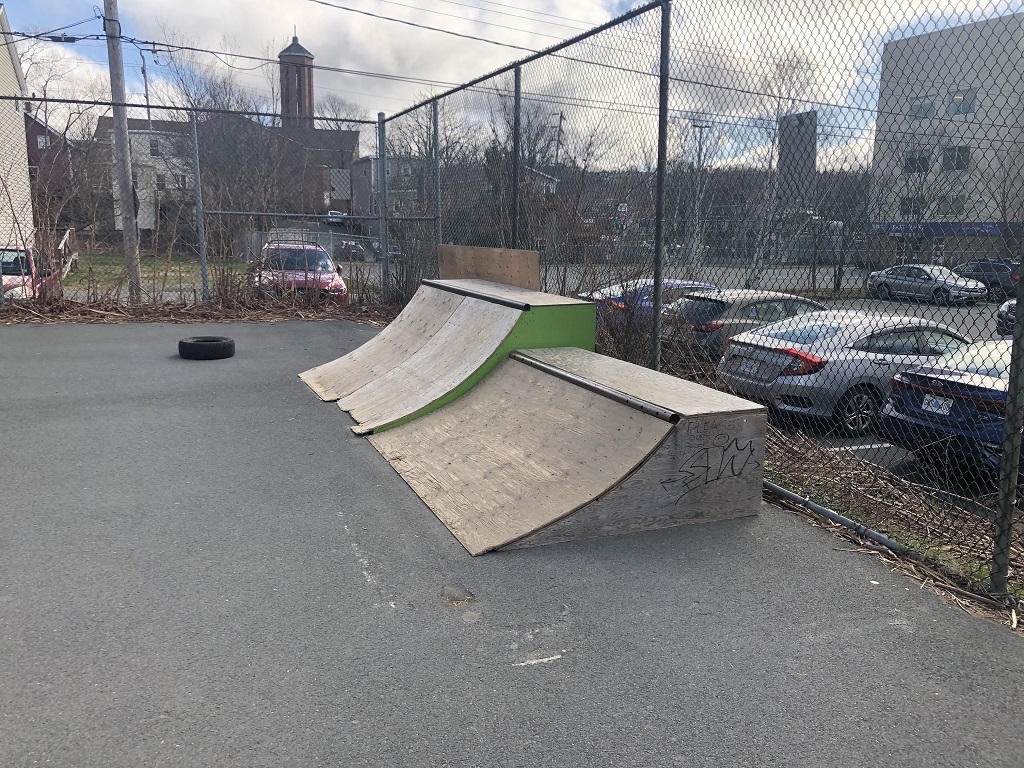 Some of the ramps that were recently at the Pine Street Park. — Photo: HRM/samaustin.ca

After a complaint sparked a discussion, skateboarders in Dartmouth may soon have a city-sanctioned place to learn to shred.

Last week, skateboarders rolled up to the paved tennis court at the park on Pine Street to find a sign warning that the ramps and other features they’d added to the area were going to be removed by the municipality. They removed the ramps so they wouldn’t be destroyed, and contacted the councillor for the area, Sam Austin, to talk about a solution.

Austin wrote about the issue in his online newsletter to residents:

It doesn’t feel right to me to just shut down skateboarding at the Pine Street court without giving it more thought. After talking it over with staff, HRM took down the sign that was posted Thursday asking that all gear be removed (the gear was removed over the weekend by the owner). Instead, the municipality is going to look at potentially changing the Pine Street court to officially become a skateboard and ball hockey space.

A new sign is going up on the fence asking for feedback on the idea, and the Halifax Skateboard Association created an online survey of its own. In an interview Friday, the association’s Nate Oliver said more than 275 people have replied. 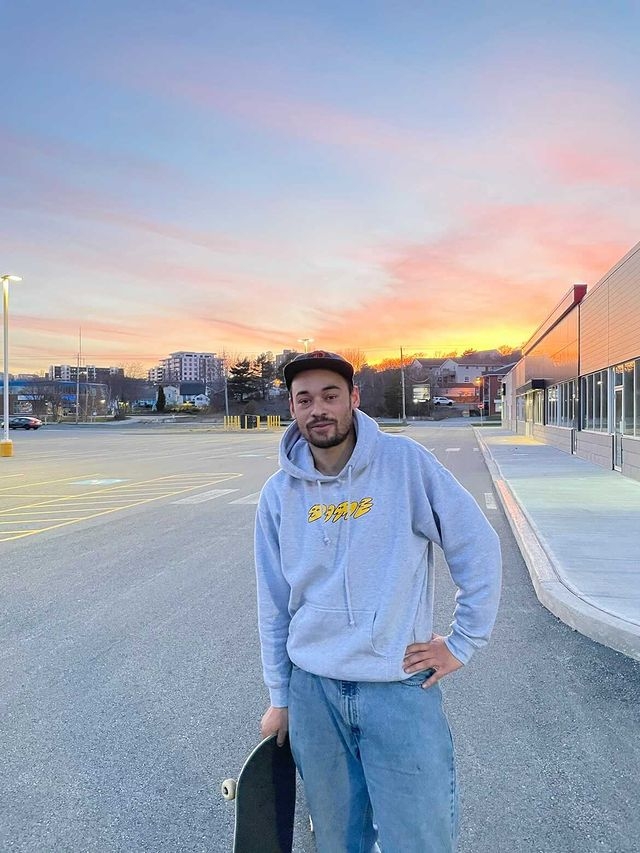 “The other spaces around town are too busy and too overpopulated, and people are looking for something that’s accessible for beginners and people of all ages,” Oliver said. “A lot of people have been using that space for skateboarding, and they’d like to continue doing so.”

“It would be like going to a golf course and having like a little kid on a bicycle right in front of you while you’re on your backswing, it’s like, basically impossible,” Oliver said.

Austin said city staff got a complaint about the skateboarding there and because it’s technically a tennis court, they did what they were supposed to and put up the sign.

“It didn’t sit well with me because it’s kind of like, ‘Well yeah this is technically a tennis court, but this is really not how the community has been using it,'” Austin said in an interview. “Sometimes when you’ve got a space that’s underused, people will fill it with their own sort of stuff and I think we should be responsive to that because it reflects what the community actually needs.”

Austin said he’s heard from people in the neighbourhood, almost all of whom are in favour of the idea of a more permanent skate park there.

“I’ve only gotten one person so far has indicated that, ‘No, I want those skateboards gone, they really disturb my peace and quiet,'” Austin said. 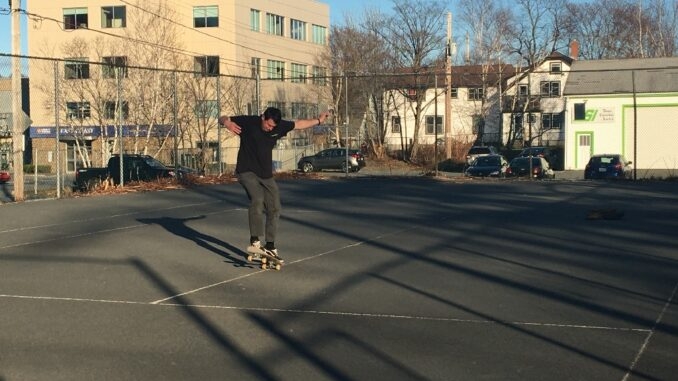 He’s also been surprised to hear from some parents who take their kids there to play on the playground, and then go and play themselves on skateboards.

Assuming the plan goes ahead, the next hurdle to overcome is what kind of infrastructure will end up there. Oliver said skateboarders would prefer to use their own ramps and boxes, which he said were designed by skateboarders and built by carpenters.

Austin’s not sure that will fly with the legal team at HRM.

“I’ll probably use district capital to buy some skateboarding-sanctioned equipment that you could put in there because the HRM lawyers have understandable concerns about liability around homemade stuff,” he said.

Oliver said there are numerous products like that out there, but they’re sort of a scam.

“You order these things from like some company and they’ll sell them to you but then no one will want to use them because they weren’t really built by like actual skateboarders or designed even. It’s more of like a toy, is kind of what those things are,” he said.

There are similar ramps and features at other locations in HRM, and Oliver said people tend to just bring their own stuff anyway.

There could be a happy medium there though. Oliver suggested skateboarders and HRM could work together to hire someone to build features they’d all be happy with.

Overall, he’s happy the city is open to talking about it, and he believes the situation shows a need for a skateboarding strategy of some kind. To that end, council voted in February to ask for a staff report on a new indoor skatepark.

“I think it’s like part of a wider conversation where, like, they’re realizing that these sorts of sports are booming right now, and that the current skate parks we have aren’t aren’t filling the needs,” he said. “So these community-made locations are popping up all over the city, and they’re going to continue happening.”