You are here: Home / City Hall / Case against Halifax police officers thrown out after complainant fails to show 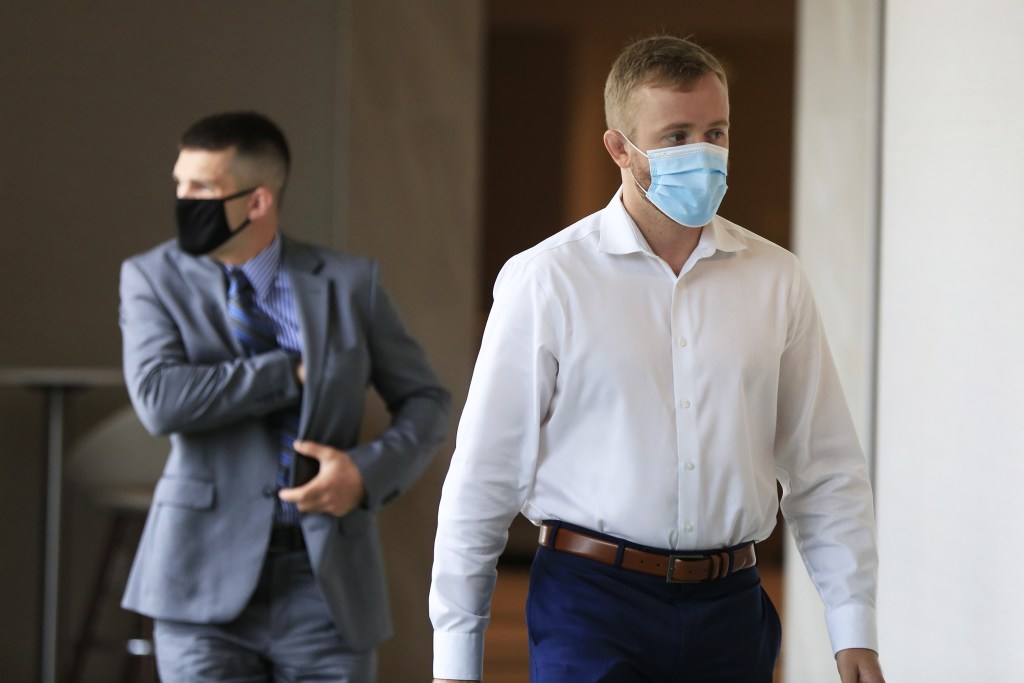 The Nova Scotia Police Review Board dismissed an appeal on Monday after the complainant didn’t show up to the hearing.

The board was supposed to hear an appeal from Maurice Carvery, who complained about the conduct of Halifax Regional Police constables Brent Woodworth and Andrew Joudrey after a traffic stop in January 2020.

Carvery, a Black man and a former Halifax Regional Police officer, told his story to Global News a few weeks after the incident:

On Jan. 7, Carvery says he was driving his kids home from school when he was pulled over by an officer on Lacewood Drive. Carvery says he pulled into a nearby parking lot, where the officer informed him his licence plate had expired.

“I said I will address the situation pronto,” said Carvery.

He said he considered the interaction with the officer cordial, but then he said things escalated when more police cars showed up.

“I was just wondering, well, why are there so many police cars?” Carvery told Global News.

“From there, as time went on, I (noticed) a police vehicle coming, lights and sirens.”

When that officer approached, Carvery says he asked why the officer felt the need to use lights and sirens when there were already multiple units on the scene of a routine traffic stop.

“He said, ‘I don’t know, were you giving someone a hard time?’” Carvery said.

Carvery says there is only one reason the original cop had felt the need to call in back up.

Carvery says he continued to press the officer for an answer as to what warranted this type of response, but the officer refused to answer him. When the officer walked away, Carvery says he got out of his vehicle to ask again, and that’s when he was threatened with arrest.

“That whole exchange was based out of biases,” said Carvery.

“Had I been a white male, I don’t think that would have happened.”

Carvery was never issued any ticket and officers ultimately dismissed him, but he says that’s because, as a former HRP officer, he was well aware of his rights and made sure the officers knew that.

After Carvery complained about the officers’ conduct, Halifax Regional Police found they did nothing wrong, and imposed no discipline. Carvery appealed that decision, and the Police Complaints Commissioner forwarded the appeal to the Nova Scotia Police Review Board for a hearing.

That hearing was to begin Monday morning, but Carvery didn’t show. The board waited half an hour, and then adjourned for three hours and came back with a decision to dismiss the appeal following a motion from Nasha Nijhawan, lawyer for the officers.

Board chair Jean McKenna laid out the reasoning for the dismissal, revealing that it was no surprise to the board that Carvery didn’t come to the hearing.

McKenna read from letters between the board and Rubin Coward, acting as an advocate for Carvery.

“Mr. Coward, on behalf of Mr Carvery, with the apparent acquiescence of Mr. Carvery, has described the board and staff, and others, as nefarious, deceitful, a kangaroo court, corrupt, and going out of the way to hide the truth,” McKenna said.

“He has been given every opportunity to pursue this case and the process has been explained to him by staff and by the board.”

With the appeal dismissed, the original decision stands and the officers will face no discipline for the traffic stop.

Monday’s sitting wasn’t Const. Woodworth’s first time in front of the board.

Woodworth was found not to have breached the code of conduct in the case of Adam LeRue and Kerry Morris. LeRue, a Black man, and Morris, his partner, were arrested in a city park for being there after hours.

In a decision last month, the Police Review Board ruled that the other officer present, Const. Kenneth O’Brien, had breached the code of conduct. As the Halifax Examiner reported:

The board considered Woodworth’s conduct, but ultimately dismissed the complaints against the second officer. Particularly, the board examined his comment during LeRue’s booking at Halifax Regional Police headquarters, where after LeRue accused him of racial profiling, he said, “I get tired of hearing that.”

The conduct of Cst. Woodworth at the lockup was for the most part, neutral. He did express frustration at having racism frequently raised in the course of his duties. However, as a trained, professional officer, that is something that he should expect to encounter. Halifax has a large black population, and it cannot be denied that unfortunately, racist attitudes are all too common. Police officers should recognize that non-caucasians have good reason to be sensitive to what can be at least perceived as racist conduct. It is a sensitivity that is particularly highlighted in civilian / police confrontations, where police officers exercise authority well beyond that of the ordinary citizen.

We are satisfied however that while Cst. Woodworth’s comment at the lockup may have been insensitive, it is a comment that he regrets making, and was essentially a remark made to indicate that what he was doing was not, from his perspective, in any way racist.