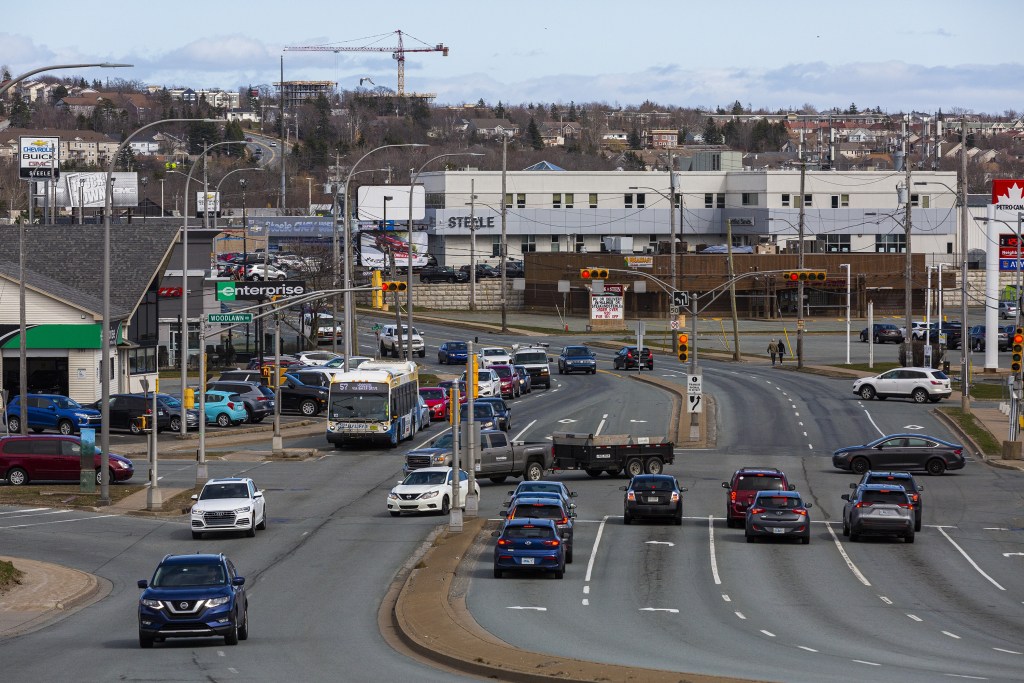 Traffic on Portland Street at the intersection with Woodlawn Road and Baker Drive on Wednesday. — Photo: Zane Woodford

The municipality wants to make Portland Street and Cole Harbour Road in Dartmouth better for buses, pedestrians, and possibly cyclists — and it’s looking for feedback.

It’s the same exercise the municipality is going through on Herring Cove Road, where it’s in the later stages of a plan to add new sidewalks and bus and bike lanes on that corridor at an estimated cost of more than $20 million.

The portion of Portland Street and Cole Harbour Road being studied for the functional plan. — Photo: HRM

Bus lanes are central to this functional plan as well, with both the Integrated Mobility Plan and the Rapid Transit Strategy identifying the road as a key component of a faster transit network for the municipality.

“The priority of this project is to add bus lanes between Portland Hills Terminal and downtown Dartmouth,” transportation planning engineer Harrison McGrath said in an interview.

That’s going to be easier in some sections than others. The road is four lanes wide between Portland Hills Terminal and the Circumferential, for instance, but only two lanes between Gaston Road and Alderney Drive. 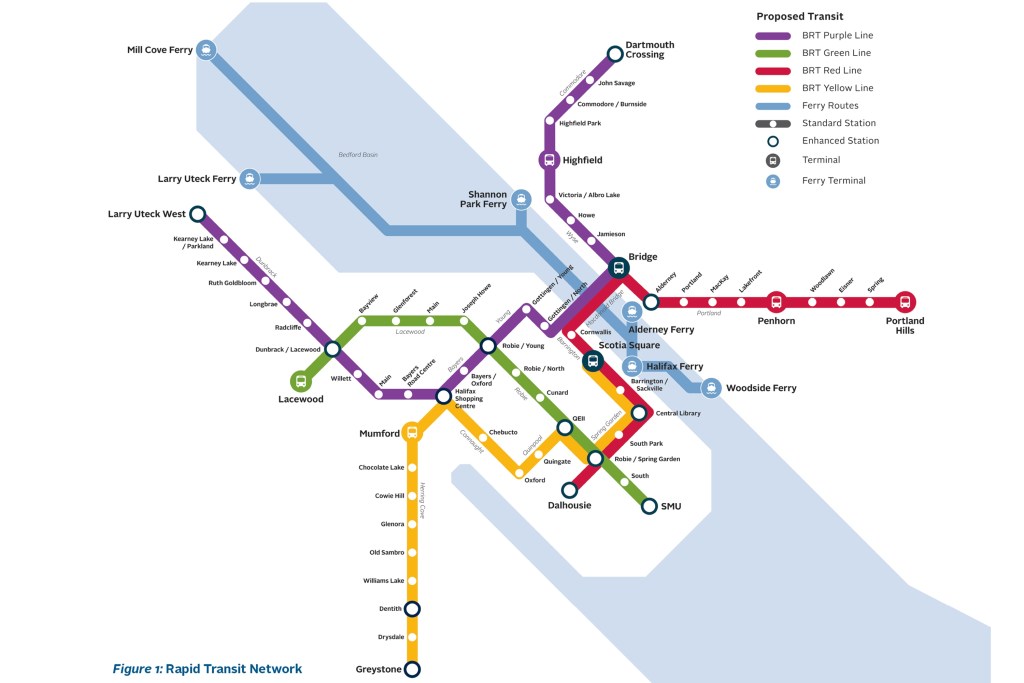 McGrath said the plan will also look at prioritizing pedestrians on the corridor. Unlike Herring Cove Road, there are sidewalks on both sides for the full stretch (with the exception of the sketchy one-sided sidewalk over the Circumferential). But McGrath said they can be improved through widened boulevards between sidewalks and vehicle lanes, potentially with some added tree cover.

One thing that wasn’t initially contemplated as part of the functional planning process was cycling infrastructure. McGrath noted that the corridor isn’t identified in the Integrated Mobility Plan as a cycling route, nor is it on the municipality’s active transportation priority plan.

But in a question and answer session after at a public meeting last week, McGrath said it was the dominant theme. About 160 people virtually attended the meeting, and the presentation portion is posted online. The question and answer period went on for more than an hour after the presentation and McGrath said the municipality will be posting all the questions and answers on the project page.

“We’ve received a lot of feedback that people would like to see cycling infrastructure included in the project,” McGrath said.

McGrath said it would be difficult for the full stretch, especially where it gets more narrow closer to downtown Dartmouth, but the project team is looking at options, including a better bridge over the highway.

“We’ve heard that it is important to a lot of people so we’ll definitely be looking at a few options for cycling infrastructure, to see what’s possible,” he said. “So protected cycling lanes will be something that we look at. We may also look at multi-use paths.”

The Halifax Cycling Coalition is hoping to push more of that feedback. Executive director Meghan Doucette is urging cyclists to fill out the municipality’s survey and contact the councillors along the route (Sam Austin, Tony Mancini, Becky Kent, and Trish Purdy) to let them know they’re looking for protected, dedicated bike lanes.

“We don’t advocate for painted bike lanes so we definitely want to see fully-protected bike lanes that would have some type of physical protection, such as concrete curbs, bollards, planters, something along those lines, and we would like to see that be continuous throughout the entire corridor,” Doucette said in an interview.

Doucette said a multi-use path for cyclists and pedestrians wouldn’t be ideal:

I find when you take people cycling off the road and you mix them with people walking and rolling on a multi-use pathway, you’re taking the danger away from the people cycling and removing the barrier for them as the moving vehicles, but then you’re creating a barrier or a discomfort, or lack of feeling of safety for the people walking. So it’s not really a great solution for anyone. It doesn’t prioritize people using active modes of transportation; it really prioritizes keeping that roadway space for vehicles in the vehicle lanes and kind of mushing together the people using active transportation on one kind of typically fairly narrow pathway.

The city’s 17-question online survey asks about citizens’ commuter and recreational travel habits on the road — which segment of the road they use, what mode of transportation they use, how often, and where they’re going.

The survey closes next Wednesday, April 21.

McGrath said the consultant on the project, engineering firm WSP, will incorporate feedback from the survey and the public meeting into design options. Those design options will be presented to the public this summer, and then the consultant will use that feedback to create the functional plan, with a preferred design. McGrath said the plan is to get it before council by the end of the year.