You are here: Home / City Hall / Bike falls off bus, bus runs over bike, Halifax ordered to pay for bike 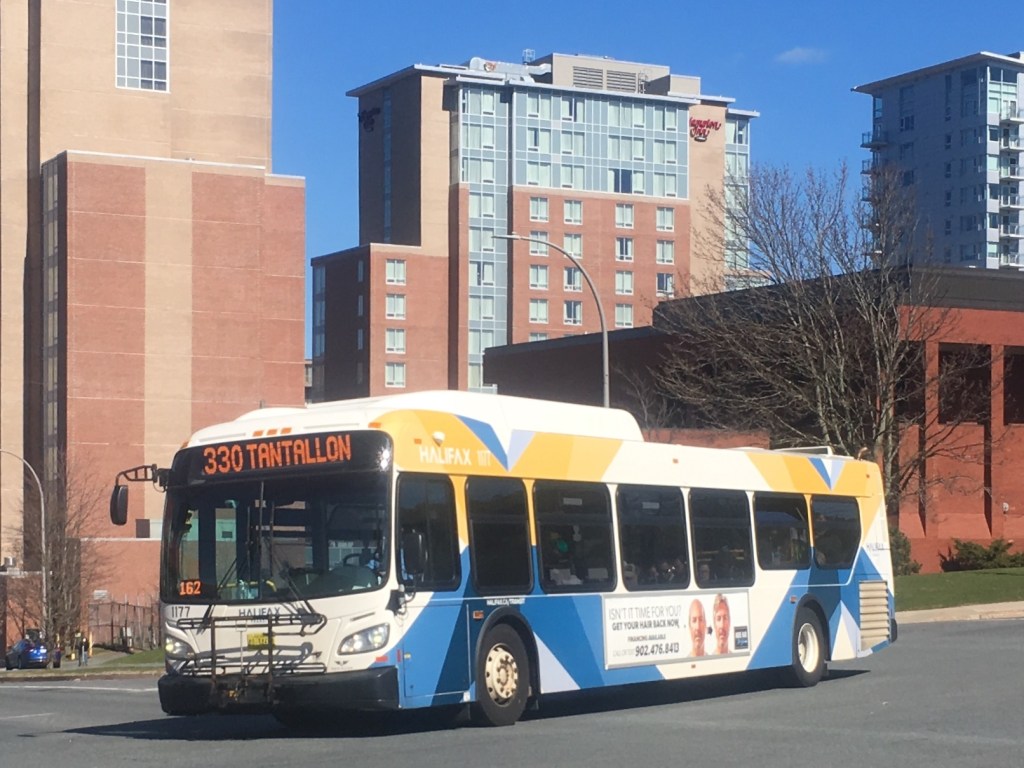 Halifax Transit is to blame for the destruction of a man’s bicycle last spring, a small claims court adjudicator ruled in a decision released Friday.

When a bicycle falls off a bus operated by the Halifax Regional Municipality (“HRM”) and is damaged beyond repair when the bus rolls over it, is there anyone to which liability should attach? In the specific circumstances of this case the answer must be “yes.”

Heddon loaded his bicycle onto the front racks of a Halifax Transit Route 330 bus to Sheldrake Lake-Tantallon on March 27, 2019.

“Mr Heddon had performed this operation many times in the past, and on Route 330. He gave the bicycle a firm shake to ensure it was secure. It was,” Richardson wrote. “He then boarded the bus, which then departed.”

Richardson noted there was “nothing on the bus in question suggesting that use of the rack was at the owner’s risk.” Heddon “used the rack, securing the bicycle in the manner advised by the defendant,” but the rack “proved inadequate for that purpose.”

Route 330 travels along Highway 103, and Richardson wrote that there were two bumps on the highway, just before Exit 5 — the exit to Tantallon.

“These bumps have been there for some time —they were not new,” he wrote.

After hitting the bumps, the bus driver noticed Heddon’s bicycle was leaning over. The driver started to pull over to secure the bike.

“However, before he could accomplish that plan the bicycle continued to lean over and then fell off the bus. The bus then ran over the bicycle,” Richardson wrote.

“The bus came to a stop off the right lane with its four-ways flashing. Mr Heddon got out, took some pictures of his bicycle and returned with it to the bus. The damage was severe enough to make it a write off.”

The bus continued on to the Tantallon stop and a supervisor inspected the bike rack. A few days later, Kehoe, the mechanic inspected it again, finding a “rubber bump stop was gone and a bolt with nuts installed in its place.” Kehoe found, “This was causing bike rack to not stow properly,” and he removed the nuts and installed a rubber bump.

“Mr Kehoe’s testimony established that the racks were inspected and maintained by the defendant’s mechanical staff. His report establishes that someone—who could only have been someone working for the defendant—substituted a bolt and nuts for the rubber stop that the manufacturer had made part of the rack,” Richardson wrote.

“The only conclusion I can come to based on such facts is that the stop-gap substitution of the bolt and nuts for the rubber stop rendered the bike rack susceptible to what happened—that is, a bicycle that would otherwise be secure coming loose when experiencing a bumpy ride.”

Richardson wrote he was “satisfied that the defendant was either negligent, or in breach of the contract of carriage, or both on the facts of this case.”

Heddon claimed $1,600 for the damage to his bicycle, which Richardson wrote, “was severe enough to make it a write off.”

“It was virtually brand new at the time of its destruction,” Richardson wrote.

Heddon submitted a quote showing the replacement cost to be $1,076.23, and the rest of the claim was for a “bicycle computer.” Heddon didn’t have a quote for the computer, so Richardson ordered HRM to pay only the $1,076.23, plus costs of $100.