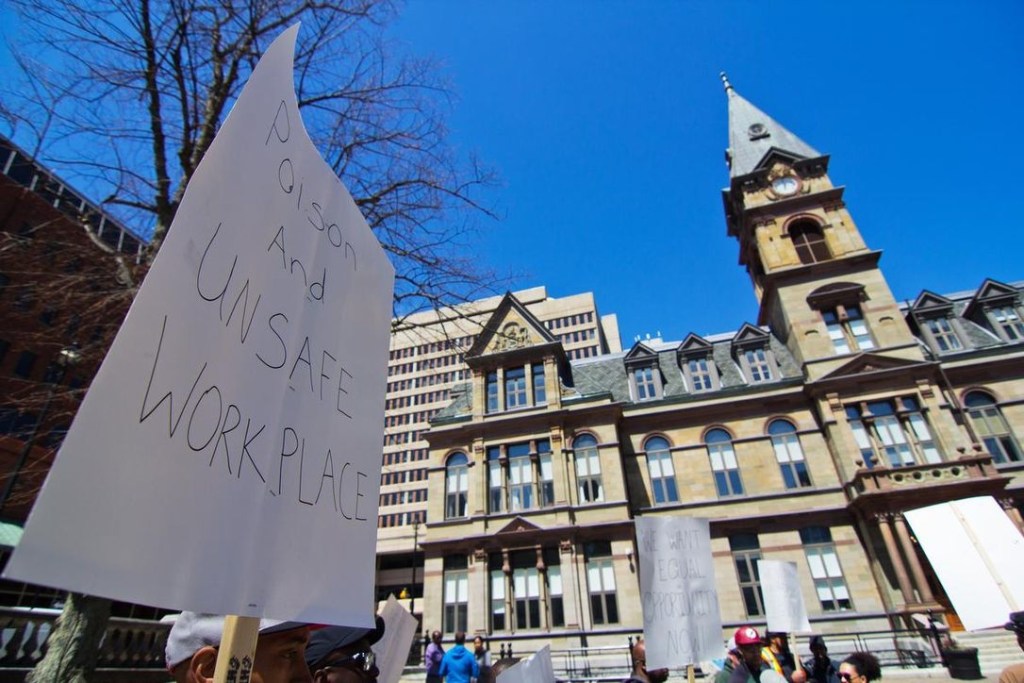 A group of African Nova Scotian employees of Halifax Regional Municipality gathered for a protest in front of city hall in May 2018, calling on the municipality to implement the recommendations of a report that found racial discrimination within the workplace. Photo: Zane Woodford

Halifax’s auditor general says the city is failing to create a respectful workplace culture, and the chief administrative officer suggests the release of her report could make it worse.

The audit looked at whether HRM has adequate systems in place to “prevent, identify and address workplace behaviour incidents to ensure a respectful workplace” and whether there’s a “fair, effective and confidential” process to manage complaints. It covered the time period from the start of 2018 through to the end of July 2021.

“We found there’s a lack of senior oversight of respectful workplace activities in HRM, and we identified some gaps that need to be addressed,” Colman-Sadd told the committee.

“The harassment prevention policy and workplace violence procedure both need to be updated. As well, we note that HRM does not have a whistleblower policy.” 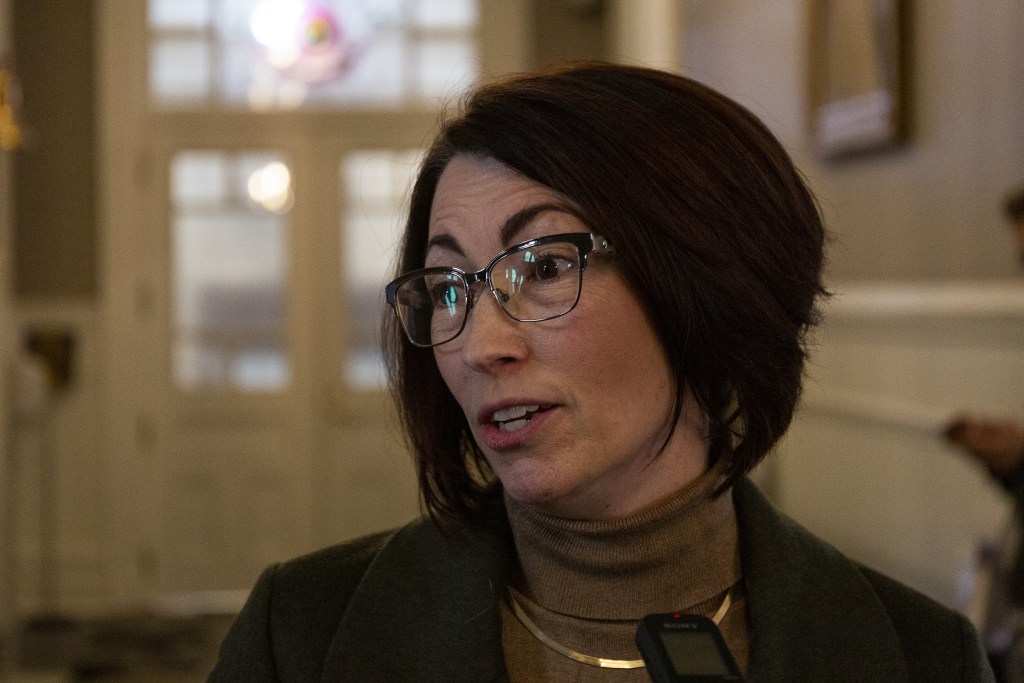 HRM’s issues in this area are well-documented. According to survey results released in 2018, 51% of employees disagreed that health and wellness is a priority at HRM, 52% disagreed their work environment is emotionally healthy, and 52% disagreed that the municipality is interested in the well-being of its employees. That same year, a Nova Scotia Human Rights Commission board of inquiry found rampant racism and harassment within Halifax Transit, calling it a “poisoned work environment,” and a 2016 consultant’s report on the issues in one similarly toxic city department became public. The municipality later lied about its progress in implementing the recommendations from that 2016 report.

“We looked at the 23 recommendations relevant to our audit and found 13 were still in progress as of late 2021,” the auditors wrote.

“The outstanding recommendations include: updating the harassment policy and the violence procedure, and increasing the accessibility and communication of policies.”

What’s more, several municipal departments haven’t taken any documented action based on the 2018 survey, with another one already conducted earlier this year.

“Human Resources management told us they plan to use the 2022 employee engagement survey to determine if there have been improvements. This is not a proactive approach,” the auditors wrote.

“We found five of 10 business units did not have documented plans to address the 2018 survey results.”

Those business units included Halifax Regional Police, which posted the lowest satisfaction scores in the 2018 survey.

“We expected HRM to require business units to develop formal action plans and monitor progress. This is particularly important for business units with less positive survey results,” the auditors wrote.

The audit also highlighted a lack of clear whistleblower protection.

“HRM’s code of conduct says whistleblowers will be protected but it does not say how and does not provide an anonymous means to report issues,” the auditors wrote.

The chief administrative officer’s office launched a tip line in 2018, but it’s hard to find information about it, there’s no way to anonymously complain about the CAO or anyone in his office, and there are no records showing how complaints were dealt with.

“Employees may not see this as a trusted, confidential reporting option,” the auditors wrote.

The auditors reviewed 20 complaint files and found they were individually addressed, but there was no process to identify broader issues in those complaints.

There was also a lack of security identified in the filing system for complaints, though there was no evidence of breaches.

“Workplace harassment and violence complaint files were accessible to those who did not require access for their jobs,” the auditors wrote. “These files include information on the complainant and respondent, incident details, witness interviews, and other evidence collected. Due to the confidential and sensitive nature of this information, it is important file access is restricted.”

“The idea that somehow HR can control the culture of the organization from their offices is not something we agree with,” Dubé told the committee.

“Are there instances where for folks are unhappy in an organization that’s 5,000 people? Of course there are … I’m actually very proud of the great strides that we’ve made as an organization in recent years to enhance the organization’s culture.”

Dubé — who has himself been the subject of an HR complaint — doubled down, saying Colman-Sadd’s report will somehow worsen workplace culture at HRM.

“Unfortunately, the timing of this particular report has potential to negatively impact employee morale, where we’re just collectively rebounding from the significant impacts of COVID-19,” he said.

“But, you know, at the end of the day, the auditor general has a job to do and she’s doing it.”

Dubé said he and Colman-Sadd have “respectfully agreed to disagree” on some of the issues.

Coun. Cathy Deagle-Gammon moved for an action plan on how management will complete the report’s recommendations within six months.

“A little disappointing to see so many recommendations but then on the other side, if you get the recommendations then you know what you need to do, which is kind of a good thing as well,” Deagle-Gammon said.

Municipal lawyer John Traves suggested the motion was “moot” and “likely unnecessary,” even though Colman-Sadd has advised the committee to ask for them following each audit, and Deagle-Gammon has done so before, for instance with a recent audit of Halifax Fire’s inspections program. Dubé also said it wouldn’t be possible to come up with an action plan in six months.

Coun. Shawn Cleary supported the motion, along with all other members of the committee.

“Six months is a challenge, I will admit,” Cleary said. “But as everyone knows, stretch goals are good, helps us grow as organizations and individuals.”